I have written several blogs in the past about the need to develop a relationship with your horse. I believe this is true for just about every horse. However, I think it is practically mandatory with Arabians (and Mustangs from what I have read.)

Two years ago I wrote a 5 part blog series titled Does Your Horse Respect You? (Part One, Part Two, Part Three, Part Four, Part Five.) That series evolved from my struggles to develop a relationship with a newly acquired horse, Finn. It took me 3 years to develop the partnership I had with Kadeen, my gray Arabian. How quickly we forget! I wanted with Finn what I had with Kadeen, but it is not that easy.

While I did manage to dramatically improve Finn’s level of cooperation, I finally decided he wasn’t the right horse for Alan and me. He simply lacked the confidence to be a safe and dependable trail horse. Cooperation requires a degree of confidence that I couldn’t teach… Ultimately, we found Finn a home where he wasn’t asked to brave the unpredictability of the great outdoors. I wrote about that decision in a blog titled When to Hold and When to Fold.

Alan had been riding Kadeen for two years at the point in time we decided to give up on Finn. At first, I was thinking we needed to find another horse for me to ride. But why? Alan pointed out very quickly that we needed to find him a horse and I could get my Mane Man back! What a concept! After two years of fighting with Finn, I got my trail buddy back! 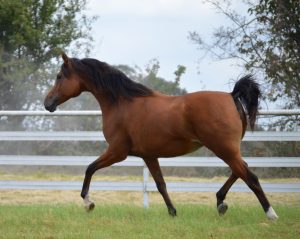 We hadn’t looked for very long when we found Sadie, a 7/8 Arabian mare. I wrote about finding her in Part Two of When to Hold and When to Fold. We hadn’t had her for much more than a week when Kadeen literally kicked a hole in her skull! I wrote about that in A Hole in Her Head.

Sadie joined us at the end of last year. Kansas winters aren’t great for outdoor horse activities. We had much to do to prepare to move. She pretty much just got to hang out with Kadeen and not have to do anything…

That is changing. We’ve been on a couple of trail rides on the roads of our neighborhood. She’s starting to figure out there might be some work involved here. She thinks our role is just to provide the chow. We don’t have a relationship yet. I knew that was the case, but there hasn’t been time to work on it.

Catch me if you can!

That lack of relationship became painfully obvious as she has been difficult to catch. The horses are residing in a small dry lot, with access to a small pasture. We are using an electric fence to allow them to graze other areas in our 3-acre parcel. It has been frustrating to have to play games with her.

She wouldn’t even come to us to be moved over to the grazing area. She could see Kadeen but wasn’t connecting the dots. I had enough unpacking done that it was time for a lesson.

A few days ago, they were both in the electric pen. Once again, she was refusing to be caught. She’d play “ring around the rosy” with Kadeen. I decided to put Kadeen back in the dry lot and go back to the e-pen to have a discussion with Sadie. I was being careful as I took him out of the e-pen, and was watching her. In spite of my efforts, she BLEW past us and out to freedom on the driveway. She was pretty proud of herself and looked quite pretty as she floated down the driveway and out onto the road. Fortunately, we don’t have much traffic here.

She soon realized that freedom was much less fun without Kadeen. We hopped on the ATV and managed to head her back towards home. After pulling Kadeen out of the dry lot, I “moved her feet” around the tiny space for the second time. She finally came to me. Later that day, we headed to the round pen.

Coming to an understanding

It was deja vu all over again! Just like working with Finn! Arabians have a great deal of staying power. It took a very long time of moving her around the roundpen until she decided coming to me was a better plan. She would stop and face me, with heaving sides, but would not walk up to me. You could see the resistance in her eyes. Finally, with some encouragement on my part, she took the necessary steps to come to me.

She spent the next 14 hours in the roundpen, with enough grass to keep her belly moving but not much more than that. Water and grain only came when offered by the folks she was resisting. The next morning, she was very happy to rejoin Kadeen. She has been easy to handle for the last couple of days.

I am certain we are not finished with these exercises, but I am encouraged by her significant change in attitude. Hopefully, we can find a little more time to ride in the coming weeks.

Recently, I was just clearing our lunch dishes when I looked out the window and noticed the horses intently staring to the north. There was something quite different about the looks on their faces. I followed their gaze and saw a young bear lumbering up the hillside behind our home! Toto, we are NOT in Kansas anymore! 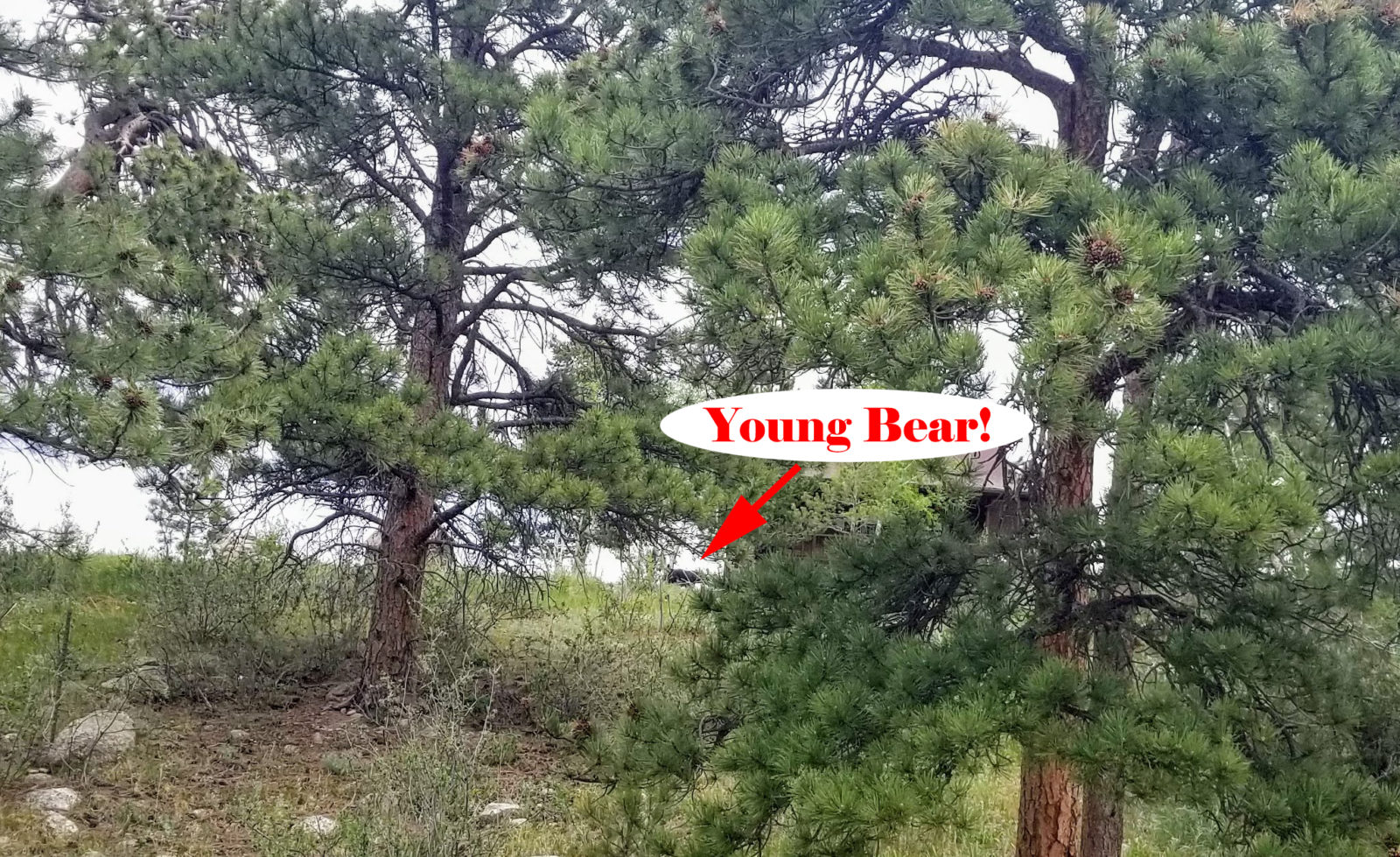