I guess Alan and I were just having too much fun. Not that moving is fun… but we’ve had a pretty good run of good times since we met. This past week or two brought our relatively idyllic life to a screeching halt! Still, we had each other to lean on, and mostly it involved stuff, so not life-threatening.

It started with one of our dogs getting into an altercation with another dog. I am not practicing veterinary medicine right now, and I don’t even have a Colorado license. A significant outlay of cash followed the dogfight.

Right after that, we headed to Kansas to close the sale of Alan’s lakehouse. The lakehouse is in Missouri. Hot, mosquito-infested Missouri. Although we struggled to leave our beautiful barndominium in Kansas, we struggled to leave the awesome weather and amazing beauty of Colorado to return to Kansas! We were both surprised at our lack of enthusiasm for our trip “home”. Not to mention the fact that it is a long drive. 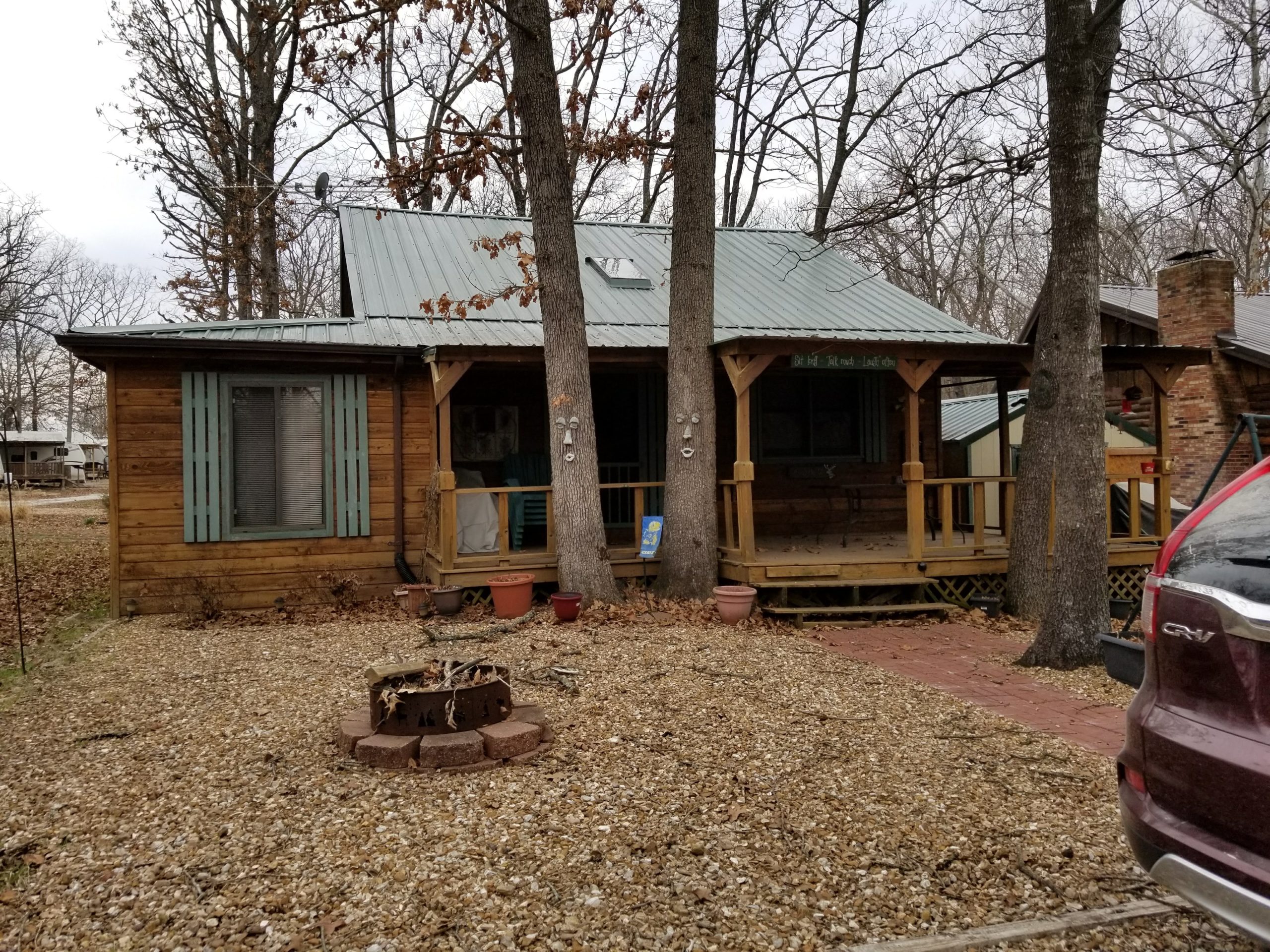 We stayed in our mostly-empty previous residence and got up early the next morning to head to the lakehouse. No matter how many trips you make to empty a place, it still seems like the remaining stuff has multiplied while you were gone. We had a LOT to do to empty the storage shed and load most of the contents into the boat. After handing stuff up to Alan to stow in the boat, I went inside the cabin to check on the dogs. I opened the door and shrieked for Alan to “Get in here right now!!!” I soon followed it with, “NO!!! GO TURN OFF THE WATER!!!” It was raining buckets in the kitchen… This was a mere 45 minutes before we were due to meet the new owners at the title office.

It turns out the main pipe that supplied water to the water heater (above the kitchen) had popped off the water heater. For approximately 15 minutes, water had soaked the floor, cabinets, drywall, and surrounding areas. Sadly, the closing didn’t happen… we are now dealing with ServPro and the insurance company. We recently learned that the sale will still go through, thank goodness.

In the past 4 months, we have replaced just about every tire on every trailer or vehicle that we own. Except, of course, the boat trailer. We had stored that in Missouri. I watched a tire disintegrate on the interstate as I was following Alan.  He put on the spare and we limped to Russell, Kansas, where we bought four more tires.

It was very late when we arrived in Colorado. We needed to drop off the boat at the RV storage facility that houses our LQ trailer. If you aren’t out of their parking lot by 10 PM you pay more. We got there at 9:00 and managed to get out in time. It was 10:30 when we arrived home. We were exhausted, but we needed to be at a dental office in Estes Park the next morning at 8 AM…

The day before we left to move to Colorado, I had a sneaking suspicion I had a tooth problem. I rarely have dental issues and see the dentist twice a year like clockwork. Of course, I would have an issue the day before I move out of town.

I visited my dentist while we were in Kansas. I have a cracked tooth. He couldn’t do anything that day, so it was determined I’d have to get it addressed here in Colorado. A new neighbor friend referred me to her dentist, and his name sounded familiar. It turns out he was my parents’ dentist… So I know I am in good hands. But I need a filling at the very least, and maybe a crown. Fun fun…

Sadie and Kadeen, Round 2

One of my many regrets in leaving the barndominium was leaving a setup designed for safe animal husbandry. However, horses can hurt themselves in even the most carefully designed places. Kadeen kicked Sadie in the head within a week of her arrival at our farm. I take the blame for that, as I had broken one of my rules. I had left the stall doors open instead of making them use the overhang shed for shelter. Sadie came up from the south and didn’t have a good start on her winter coat. The stalls provided even greater shelter… as well as the risk of getting cornered and kicked.

Here in Colorado, we are still working on our setup. In addition to all of the money we are hemorrhaging on vet bills, dental work, and tires, we are adding a dog run and a deck awning. My idea of a dog run is like what I had in Kansas. I don’t want wild critters in with my dogs, or my dogs to get out. I have heard of hawks grabbing small dogs here on the mountain. We have seen young bears a couple of times. I want to know my dogs, and my horses, are as safe as I can make them.

It has become apparent that our setup for the horses needs modification. We have installed some awesome fencing. We utilized a carport that has made a great, safe run-in shed. Safe, that is, because it is well constructed with safe materials. Not safe in terms of the fact that it is too deep. Kadeen has been making Sadie’s life miserable.

We were exhausted after getting home late from Kansas and getting up early to go to the dentist. You can imagine how thrilled I was to do horse chores on Friday and see a 3-4 inch gash in Sadie’s cheekbone. Yet another vet bill… We trailered her down the mountain and connected with the awesome guy I used when I spent the summers of ’13 and ’14 in Estes Park.

For now, we have built a separate dry lot out of our round pen panels. We have called the fence guy and we will be adding more fence. Alan will cut a door in on the opposite side of the shed and we will divide it in two. That should work just fine.

Notwithstanding our tough couple of weeks, we are still thoroughly enjoying life in Colorado. The dogs recently experienced Rattlesnake Aversion training. Expensive, but valuable. I will write about that very soon. We haven’t trailered to any of my favorite trailheads, and won’t be able to for a while as the 2-horse trailer also needs work. More money… We need to get that lakehouse sold!!

I will also be writing a blog soon about Vesicular Stomatitis Virus. It is a reportable disease, but self-limiting and not life-threatening. Just aggravating. I get periodic updates from veterinary sources and they are expecting a pretty serious outbreak this year. It is already in Florida, Arizona, and Texas.  More to come on that.

We are making great progress in building a relationship with Sadie. Kadeen is still coughing and exhibiting signs of allergies. We plan to ride it out for a while and see if a change in climate, 20 Zyrtec a day, and management adjustments (no more hay hut) fixes the problem. It is always something, isn’t it?

Clearly, stuff can, and will, go wrong. Hedge your bet and be sure you and your horse are protected when the unexpected happens. Free shipping all of June on ID MyHorse Medical and Emergency Identification Tags. Stay safe! 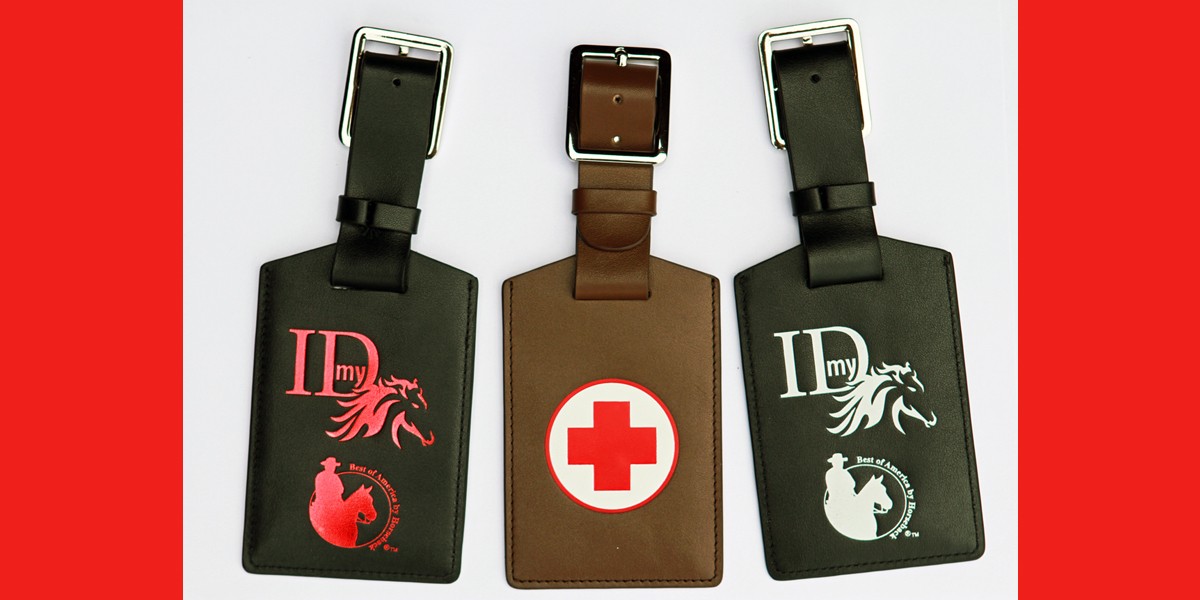