First things first… The lost horse has been found! Update at the end of this blog! Also VSV updates!

I am all about being as prepared as possible in case something happens to go wrong. There is so much in life that you can’t control… why not hedge your bet and take steps to prevent or at least mitigate ugly things from happening if possible?

That was my thinking when I signed up our four dogs for rattlesnake aversion training. We are spending summers in Colorado, and winters in Arizona. What are the odds that we’re going to encounter rattlesnakes? Probably a lot higher than it would have been in Kansas!

The course is taught by an organization called GetRattled.org. The training was not cheap… $125 per dog, times four dogs! (According to the website, we paid a premium price plus no multidog discount!) One more component of our hemorrhaging money this past couple of months… The training was sponsored by Stone Canyon Kennels, a local kennel and doggie daycare.

Three of my four dogs are rescues. Kara, the puppy, is the sole exception. She has been slow to mature and is a weird mix of moxie and fear. Assessing her prey drive at this point is challenging. However, the other three have a very high prey drive. They are loving living in the mountains. Every day on our walk, we flush bunnies and wild turkeys and dig and catch mice. I was fairly certain that if they encountered a rattlesnake, they’d stick their noses where they don’t belong.

Mica is a rescued black German Shepherd. He’s the one whose prey drive cost me so much money, as described in The Week From Hell. Finn is The Great White Hunter. He catches mice frequently and flushes turkeys with great glee. Leah was abandoned with 8 nursing puppies, tied up to a tree with no food or water. It was only her prey drive that kept her alive. She caught whatever came within reach of her chain. She’s getting old, but the old girl has still got it!

The training requires the use of an e-collar. Many folks have a real problem with the use of electronic collars. Nonetheless, used properly they are a wonderful tool. I bought my first e-collar for Kara’s predecessor, Reilly. She stopped traffic on a busy road 3 times in a single day. She blew me off when I called her, knowing full well what I was asking. I decided if something was going to hurt her, it would be me, in a controlled way. Two prompts with that collar and I had a perfect recall!

The trainer works with each dog individually. First, he introduces his student to a live rattlesnake. The handlers pay close attention to the dog’s body language, the direction of their gaze, and their overall demeanor. If the dog shows any interest in engaging the snake, they receive negative reinforcement. The trainers have the timing down to a science.

Next, they approach several different stations. These stations consist of other caged snakes, or sloughed skins, or other scent-filled representations of the must-be-avoided reptile. The trainer’s goal is to have the dog willingly retreat behind him or otherwise avoid any interaction with the snake.

Lastly, the owner calls the dog. The trainer releases the dog, but the snake is on the direct line between the owner and the dog. The desired response is for the dog to arc around the snake as they return to their owner.

Here is a video of my four dogs undergoing training. Kara was by far the squirrelliest of the bunch. I was very pleased with the fact that all four quickly understood that retreating behind the trainer was the best course of action. All four made the proper arc when returning to me on recall. The course instructor recommended that they all participate in a refresher course next year to see if the lessons stuck.

Tidbits from the handout

We received a handout with some post-training instructions. One, if we encounter a snake while out with our dog(s), we are not to point them out. The training teaches the dog to IGNORE the snake. They will do WHAT WE ASK THEM TO DO. We will negate the benefit of the training by pointing out the snake. We are to lead by example. The preferred response is to get the dog’s attention and move as a team away from the snake. Don’t look at the snake but do praise the dog for moving away with you. The handout states:

Two, we are not to ever handle or kill a rattlesnake in the presence of our dog(s). (No worry there, for me!!!) See Rule #1 for the reason why! Lead by example!

Three, do not ever allow the dog to taste the blood of a rattlesnake, even a dead one.

Every time Alan or I take a dog training class, we are the ones they are trying to teach, right? So what is one very important takeaway from this class? If you see your dog shying away from something, take note! Maybe your dog can help YOU avoid rattlesnakes!

I encourage you to check out the website for possible training options in your area. 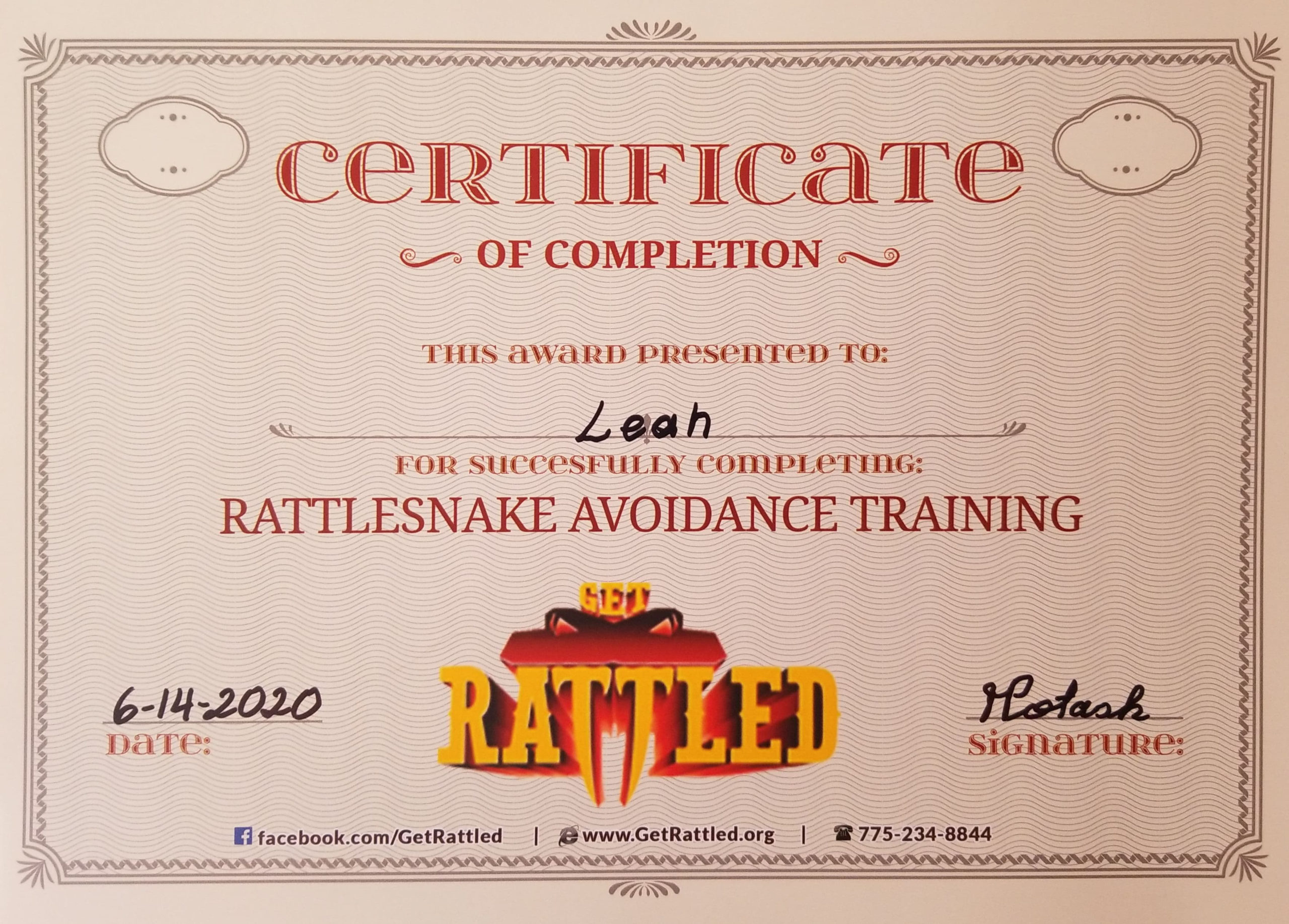 UPDATE on past blogs

On June 30th, I received this email from Xena’s owner, Kim:

Xena was found today!!!!!  Skinny but sound. Hikers found her. Pinned her location after feeding her a fig Newton bar. Called the visitor center. Jen McCabe husband Stephen and another ranger hiked up and found her and hiked her out. Had her bit in her mouth still but no saddle. Safe and sound! Can’t wait to go get her!

Thank you, all of you, for the prayers and support. This was amazingly wonderful news!! 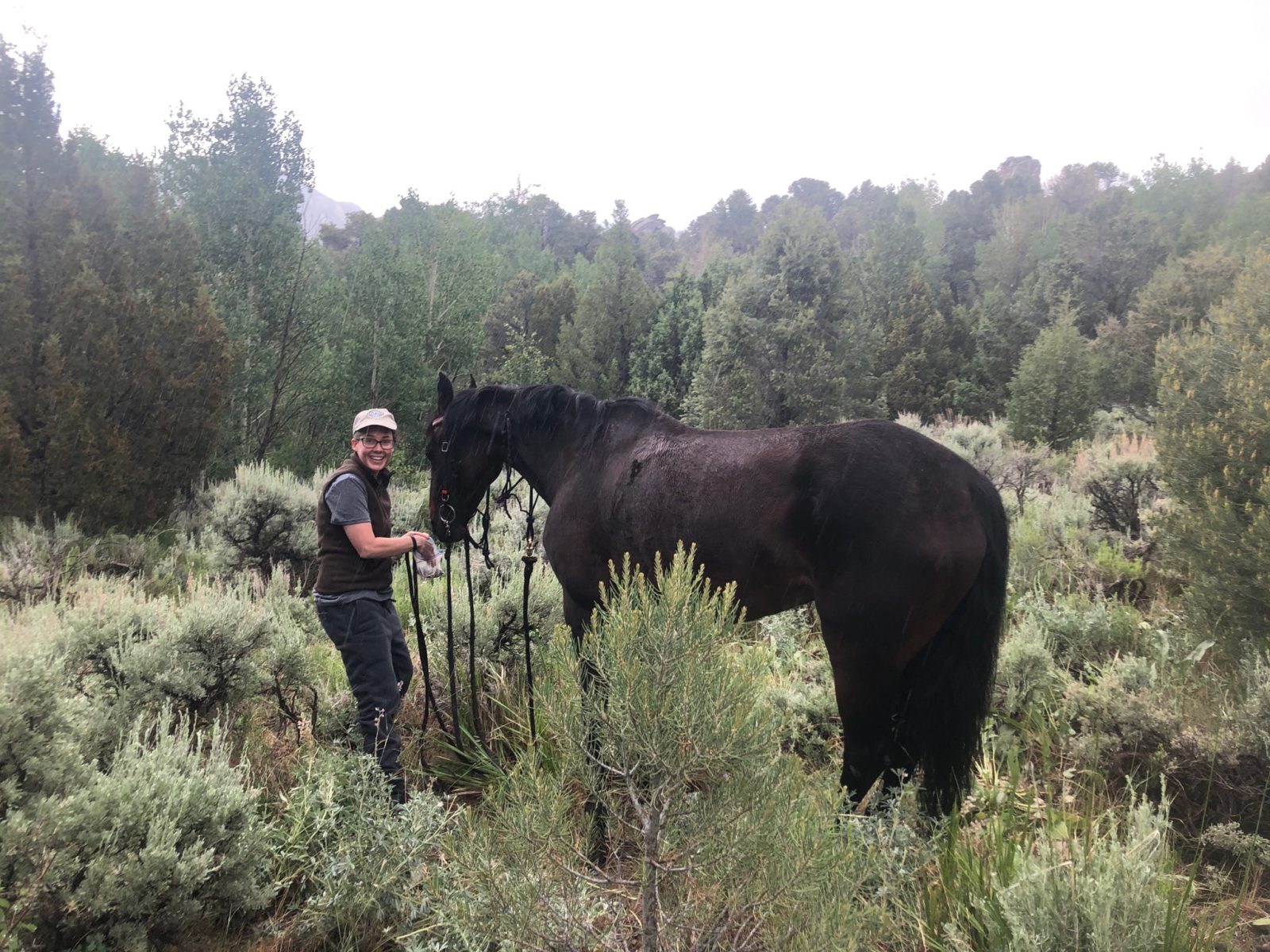 The above information can be found in more detail here.

KANSAS RESIDENTS: On June 30th, I received this from the Kansas Department of Agriculture:

Vesicular stomatitis virus has now been confirmed by testing on more than 30 premises in four counties in the region, Butler, Cowley, Sedgwick, and Sumner. All premises with confirmed cases of VSV in horses have been quarantined; in addition, any premises with animals showing clinical signs consistent with VSV are placed on quarantine. More than 60 premises are currently under quarantine as suspects or have tests pending. At this time, all confirmed cases of VSV in Kansas are horses, although some cattle have shown clinical signs and confirmatory laboratory results are pending.

In an effort to maximize response efforts, we will be transitioning to the 2020 USDA VSV Field Guidance. This guidance document allows for any equine cases in a VSV case-positive county to be classified as “suspect” based on the presence of compatible clinical signs without laboratory confirmation. Based on the number of cases we are presently experiencing and the fact that most samples have been positive, we see there is little value in additional laboratory confirmations from the counties that have had previously confirmed positive.  We would encourage you to visit with your clients to inform them that the processes are the same for horses classified as “suspect” as it is for those that are pending lab confirmation. Any case deemed suspect will still be subject to quarantine and the quarantine timeframe does not change regardless of test results. A quarantine for VSV lasts for at least 14 days from the onset of clinical signs on the last animal on the premises. Quarantines are not lifted until a veterinarian has examined all susceptible animals on the premises.

VSV has also been confirmed in Arizona, Nebraska, New Mexico, and Texas. Because of the confirmed cases in Kansas, other states and Canada are likely to increase restrictions on livestock imports. Contact the state of destination when moving livestock interstate to ensure that all import requirements are met.

I will continue to post VSV updates on future blogs as new information becomes available.