My new husband and I are thoroughly enjoying life in the Rocky Mountains. But I was unprepared for the viciousness of the fly population here. I spent two summers living in Estes Park 6 years ago, another 1000 feet higher than I am in Drake. I’m not sure if that extra thousand feet made a big difference, or if it is just this area, this summer. I only know that I don’t remember the horses being eaten alive as they are here.

In Kansas, we battled face flies. A fly mask made a huge difference. I also had a barn fly control system in my barndominium. I had lines run to the stalls (which we rarely used), to the shed (which sprayed every couple of hours), and to the dog run (again, rarely used). However, I lived next to a herd of cattle and that was a huge issue. We hung fly traps in the treeline between the properties.

Here in the mountains of Colorado, it is horse flies on their legs that are the issue. We are going through fly spray like water. They don’t just bite the horses–they bite us as well! I decided to reach out to one of my many Facebook horse groups for input on how others control those pesky flies. I received a lot of great advice.

First and foremost, Shoofly Leggins received a lot of recommendations. An astounding number of people indicated these apparently work quite well. I paid $45/set through ValleyVet and received free shipping. Alternatively, many folks recommended a gal named Deb who has her own website and sells Shoofly Leggins. She offers sizing advice, and if you buy from her, she will sell you an individual leggin should you need one but not a whole set. She charges $49.99 per set plus about $9 shipping. Currently, my two sets are back ordered at ValleyVet.

One response to my FB query was to use SWAT on their legs. I had several jars of SWAT hanging around, as it was often a bonus when I ordered a gallon or two of Repel-X, the fly spray I use most often. As far as SWAT goes, I have only used it around the eyes and on the face in the past. The manufacturer labels it as a “gentle” insect repellent. However, it did create skin irritation on my gray horse’s face.

I forgot that I even had jars of SWAT lying around. At the suggestion of the FB poster, we have been applying it to the horses’ front legs as we await the arrival of our Shoofly Leggins. The SWAT has definitely helped. We will watch for signs of irritation.

One fly spray that received repeated mention was Endure. Apparently, it is one of the most effective. On the other hand, it also comes with some serious caveats. It is a pretty heavy-duty insecticide that has some specific directions on its use. It has the potential to create issues for both horses and people.

In this review, Pyranha fly spray was rated a very close second to Endure, and it is apparently cheaper. Consumers may purchase Pyranha in a gallon concentrate. However, I cannot find a concentrated form of Endure. I prefer being able to mix my own. Neither product lasted anything close to days, much less weeks. Even so, they provided temporary relief for a period of hours, at least.

Bug Check is a feed-through product made of natural ingredients. I must admit when I read “natural ingredients” I was skeptical, but the reviews are quite good. One reviewer commented that she used Bug Check in conjunction with Fly Predators. She believed she had achieved very effective control of the fly population. Many, many options are available for feed-through fly control.

I have played around a couple of times with Fly Predators, but I confess I haven’t really used it consistently enough to have an opinion. The premise is you release insects that prey on fly larvae, but the predators don’t bother you or your animals. You have to start early in the spring for it to be effective. It was hard for my husband and me to assess efficacy when we lived next door to a hundred or more cattle. People who have used it consistently think it is quite effective. We may try it again next year when we return to Colorado. 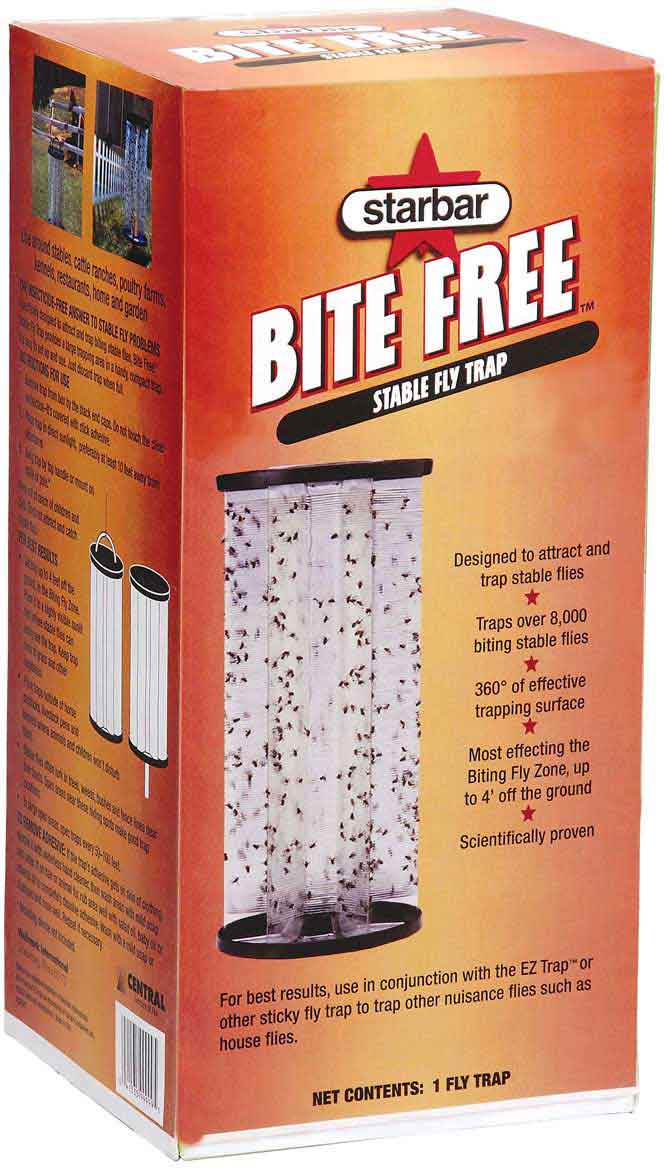 There are numerous options available to catch flies. Odor traps are bags that lure flies into a trap from which they can’t escape. Those should be hung away from the barn. Sticky traps, like tapes, are good to hang in the barn. A third type of trap is specifically for stable flies that inflict painful, blood-drawing bites on horses and humans. One such example is Bite Free Stable Fly Trap.

This is by no means an exhaustive description of all available fly control options. There are other types of insecticides, traps, and coverings (such as fly sheets and masks) that work for some horses in some environments. We all have to see what works for our horses in our geographical locations. I’m headed to the store to stock up on all kinds of things!

UPDATES ON PAST BLOGS

I wrote a series of blogs on Equine Scams. A scammer who uses the name Maryann Montour, among other names, caught me in her web of lies. This past week, I received an email from another Maryann Montour. She is not affiliated with the crook Maryann. The woman who called me runs a legitimate business. She wanted to be sure she was not confused with the awful Maryann. This woman is an additional victim and I feel sorry for her. However, I wanted to clarify who she was as opposed to the crook. Her legitimate business links are here and here. She is not the woman whose photo I posted. I retrieved that photo from one of “Maryann Montour’s” bogus Facebook pages.

It was important to me to validate the real Maryann. Additionally, I wanted folks to continue to be on the lookout for the FAKE Maryann. I do not want to see any other horse people victimized by this woman. 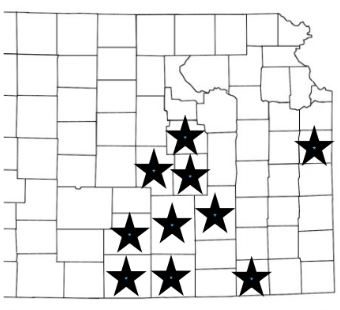 Vesicular Stomatitis Virus is still on the move. It has now spread to over 30 locations in south-central Kansas, including the county where I lived. I don’t have any new data for the other affected states.

Xena continues to do well, now that she is rescued from her horrible two-week ordeal of being lost in Idaho. She was skinny and traumatized when she was recovered, but she is home!

My beautiful barndominium is still for sale!

Sadie is doing much better since we separated her from Kadeen. She’s much less stressed. Kadeen’s eyes and cough are dramatically improved as well. He takes 10 cetirizine tabs twice daily.

“See” you next week!

1 thought on “Those Pesky Flies… Does Anything Work?”