Last week, I blogged about a gal who had a serious horse wreck. She remembers nothing about what happened. Just as I was completing that blog, I received a Nextdoor neighborhood alert that one of my neighbors had lost her horse at a local trailhead. Both scenarios exemplified for me why having medical information on your person and contact information on your horse is a good idea.

Last week’s blog generated quite a few comments. One gal stated that visible identification was not necessary on the horse. All one needed to do was have the horse microchipped.

In those first two blogs, I questioned how likely it would be that someone would have a wand to scan a loose or lost horse. Would someone pay a vet or shelter employee to come to the location where they found a lost horse? Would a vet come, knowing how few horses actually have chips? (More about that to come.) Does the average person who has a wand know where microchips are placed in a horse? If the microchip is registered, is the information current?

There was an Equine Forum in January of 2017 in Denver. The topic was Advancing ID, Technology, and Equine Health Records. I read some of the proceedings. Ultimately, I emailed the veterinarian who presented on Equine Microchips 101. I told her about ID MyHorse Emergency Identification Tags and asked what she thought about using microchips as a means of identification in a trail-riding scenario. This was her response:

Microchipping horses helps identify them for different reasons throughout their lives and not just as a tool for recovery.

In the case of recovery, as this is such a crucial aspect, the fact that a horse is microchipped does not mean that they should not have a visual identification.

As you know, in the US, microchipping in horses is rather recent, so the structure and habits related to frequent scanning are still in expansion.

There is still too much variability in chips, scanners, number sequences, and other variables. While researching the internet, I found the Equine Microchip Lookup Tool. Consumers can enter a microchip into a search engine box. This tool links various microchip databases. However, it makes one point very clear:

The EMLT is in itself NOT a database, but can be compared to a search engine. It does not have access to data in participating databases other than the chip number and the date of most recent modification. The EMLT will thus never display private owner information.

Not every equine database participates in this tool. Furthermore, the folks that created this tool did so out of frustration over the lack of continuity in equine microchips. The website states:

Microchip ID Systems organized, initiated and funded this tool when it became obvious that the microchip in a horse was lacking connectivity to an owner when a need arose, such as a natural disaster, disease outbreak, or a theft.

It is likely that the operational reins of the EMLT will be handed to a representative body within the Equine Industry at some point. However, we will currently take Support Calls regarding usage of or membership in the Tool.

In other words, the founders of the database will be more than happy to relinquish the responsibility for managing this tool. However, the US equine industry is not yet ready or able to implement uniform standards for microchip use and identification.

What percentage of dogs, cats, and horses are microchipped?

I talked in the first two blogs linked above about my approach to identifying my dogs. Microchips in small animal medicine are widely used and very valuable. Every vet clinic and animal shelter has a scanner. I would expect that a fairly high percentage of small animals have microchips. In reality, only 3-4% of dogs and less than 1% of cats that land in animal shelters are chipped!

In 2015, a study was conducted to determine how equine facilities were identifying their horses. The study encompassed 28 states and nearly 4000 facilities. Researchers collected data representing almost 72% of all horses in those states. Additionally, the study included 71 percent of all equine operations that had 5 or more horses. The study excluded horses residing at racetracks. Here is what they found: 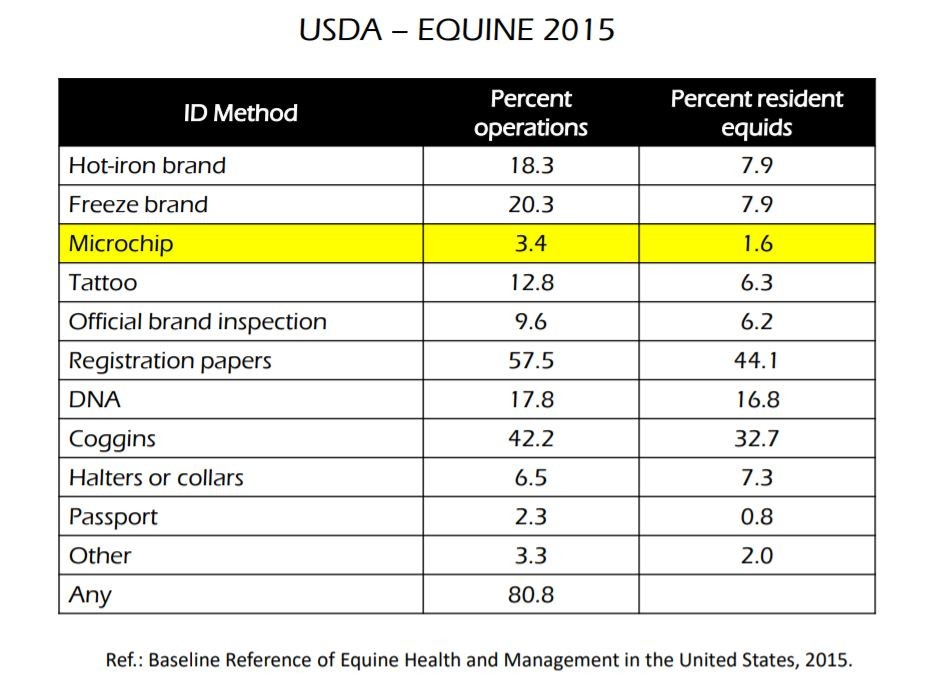 Only 3.4% of the operations had any horses with microchips. Of those facilities that had at least one horse microchipped, only 1.6% of their horses carried chips.

Given the dismal data on percentages, how likely is it that if your horse goes missing, someone will look for a microchip?

My personal approach to identification

When we lived in Kansas, our barndominium was back off the road. We had sturdy, permanent fencing throughout the property. When we trailered the horses off of our property, we had ID tags woven into their manes. We never had tags on the horses otherwise.

Here in Colorado, about 5 days a week we move the horses to a semi-permanent electric fenced pasture. Covid, the resident 3-year-old bear (so named by our mountain neighbors) just dispatched a neighbor’s goat the other morning. ( I awoke to the bleating… I didn’t realize what was going on until later that morning. It was awful…) We have seen him on our property numerous times. A couple of weeks ago, my neighbor and friend had a face-to-face encounter with him on her front porch. It was lunchtime, and he was helping himself to her bird suet. He wasn’t concerned about her presence. I never know when he’ll show up, or what my horses’ reaction will be. Therefore, they are permanently sporting ID tags woven into their manes. With a rubberband added over the strap, the tags stay put indefinitely.

When we travel off the property, we don’t have to do anything additional to identify our horses. If we had a trailer accident (God forbid) they are identified, with veterinary contact information provided. If we are separated on the trail, I feel much better knowing they have identification on them. 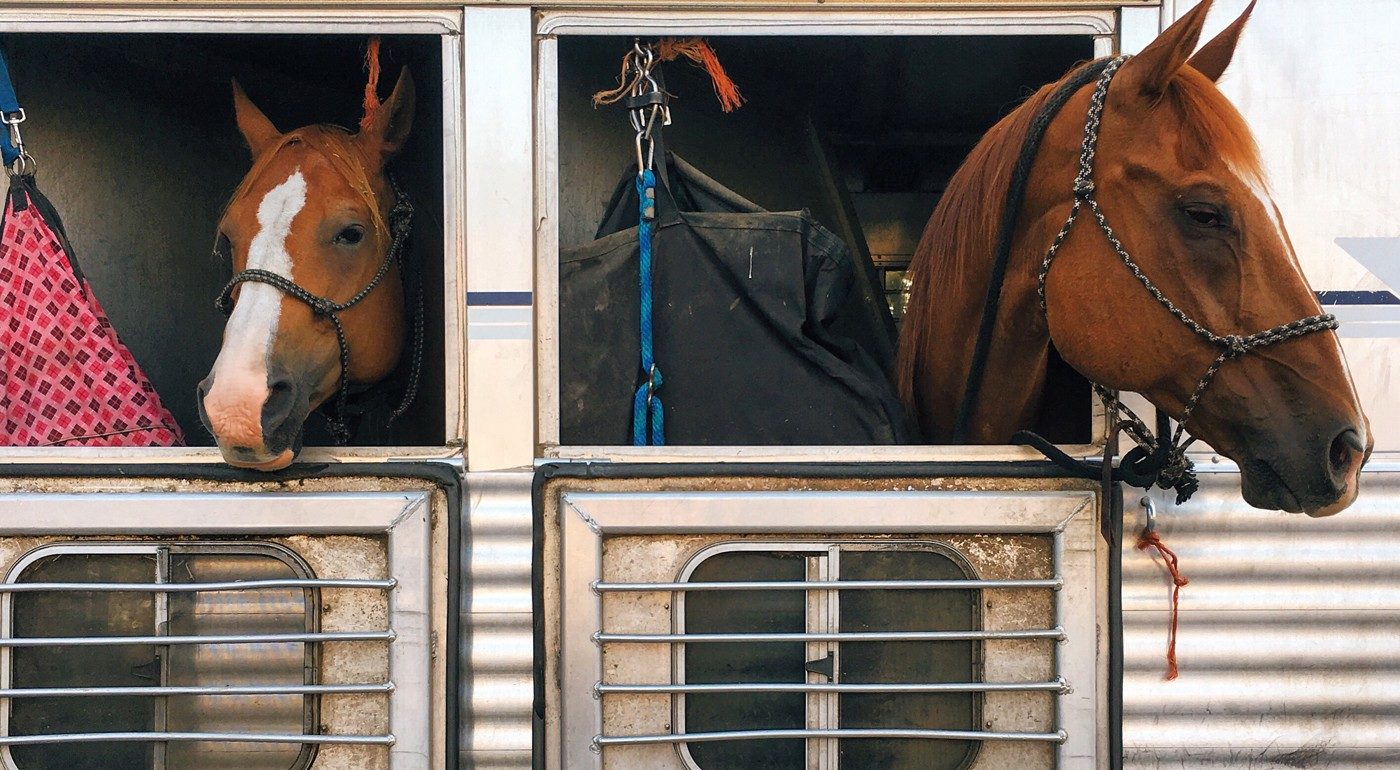 At the end of last week’s blog, I wrote about my neighbor’s horse, Ace, getting loose at a local trailhead. She had him tied to her trailer, and the saddle was on, but loose. Her riding buddy arrived, but the noise of her friend’s truck and trailer spooked Ace. He panicked and broke the halter.

Ace was lost for 36 hours. Thankfully, the trailhead is located at the end of a large subdivision. Many of the residents have horses. The neighborhood also has a private Facebook page. Thanks to the ability to network internally, the word spread about Ace’s plight.

My friend got word that Ace had been spotted. Ace is her “baby” as he was born on her property. She is the only “mom” he has known. When she first encountered him on the road, he sped right past her! He was so rattled he didn’t even stop for her. She was able to corner him further down the road and get him safely home. Her saddle is still missing. Can you picture the scenario of a loose saddle on a panicked horse? Did it slide under his belly or down his rump and he stepped out of it? What would that look like? Or did the cinch break? 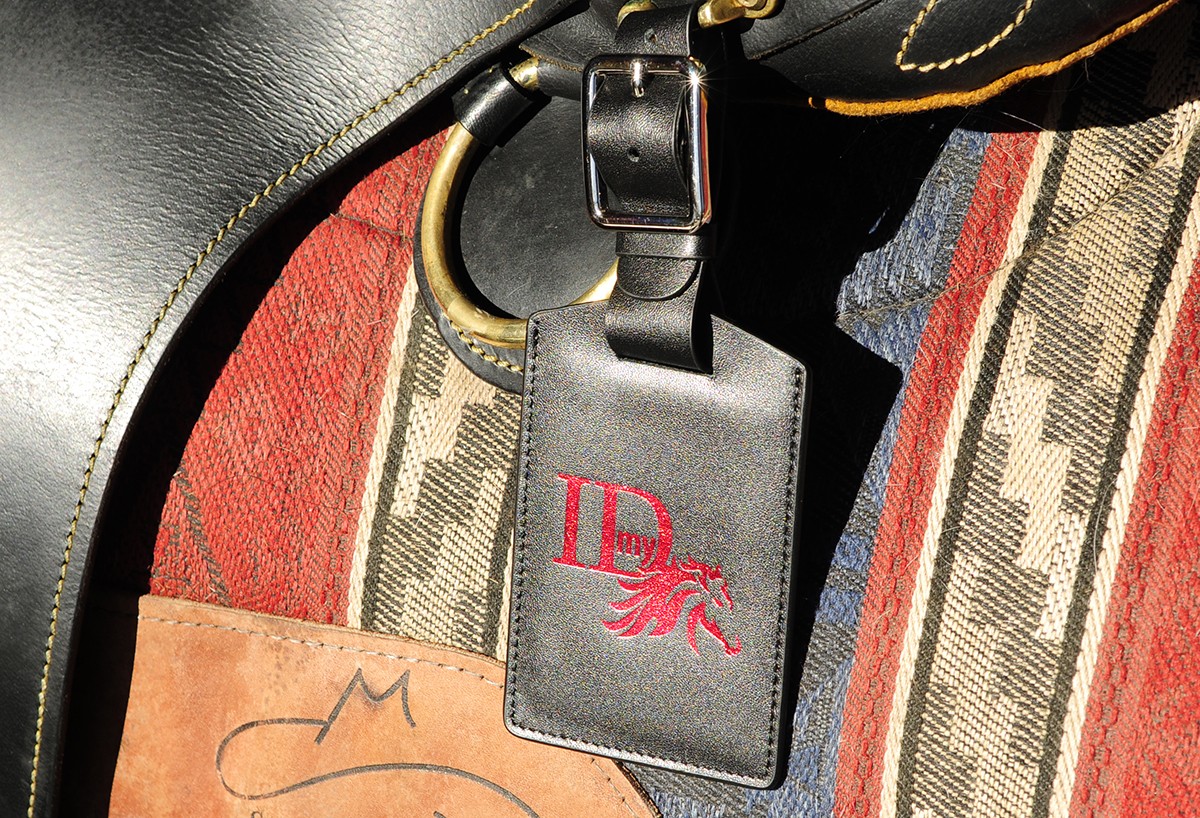 If she had an ID tag on her saddle, there would be a chance that she might get it back someday. A hiker or horseback rider would have the ability to contact her. Even if it sat out in the elements, for most of the summer it would be okay. It rarely rains here, and when it does, things dry up quickly!

Clearly, getting the horse back was far more important than getting the saddle. But why not have identification on both horse and saddle?

I may, at some point, pursue putting chips in our two horses. I do think they would provide a valuable means of absolute identification under certain circumstances. But I would never want to count on a microchip to return my horse to me.

I have written about NetPosse several times, and they sell microchips on their site. I can see where there is a legitimate application for microchips in their business. Most of the alerts I receive are for stolen horses. I can also easily obtain chips through my veterinary channels. And we are about to hit the road and be all over the country. So yes, I will probably add that layer of protection to my horses. 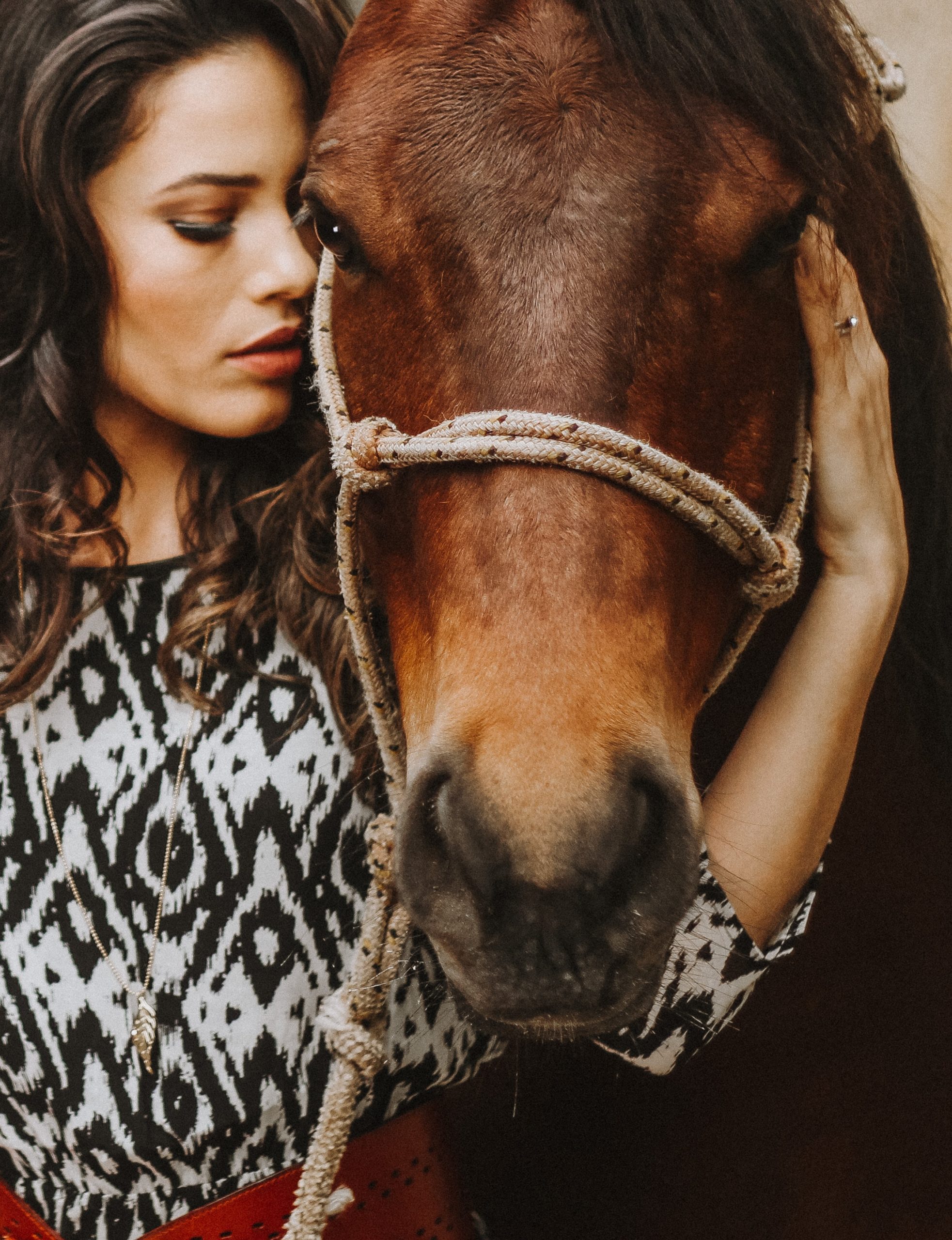 But again… when we are out in the woods, I want something readily accessible to provide information about me and about my mount. As I mentioned last week, First Responders are not going to want to dig through my phone for medical information. When time is critical, make it simple.

Update on the gal I wrote about last week

Medical testing revealed no medical condition that might have precipitated her fall. She continues to heal. She just ordered a Rider tag!

SALE on NEW tags for the entire month of November. Give the gift that may save a life! 20% off NEW tags using the code LOVEYOU.