I was prepared to write about something else this week… but then this amazing article appeared in my inbox. 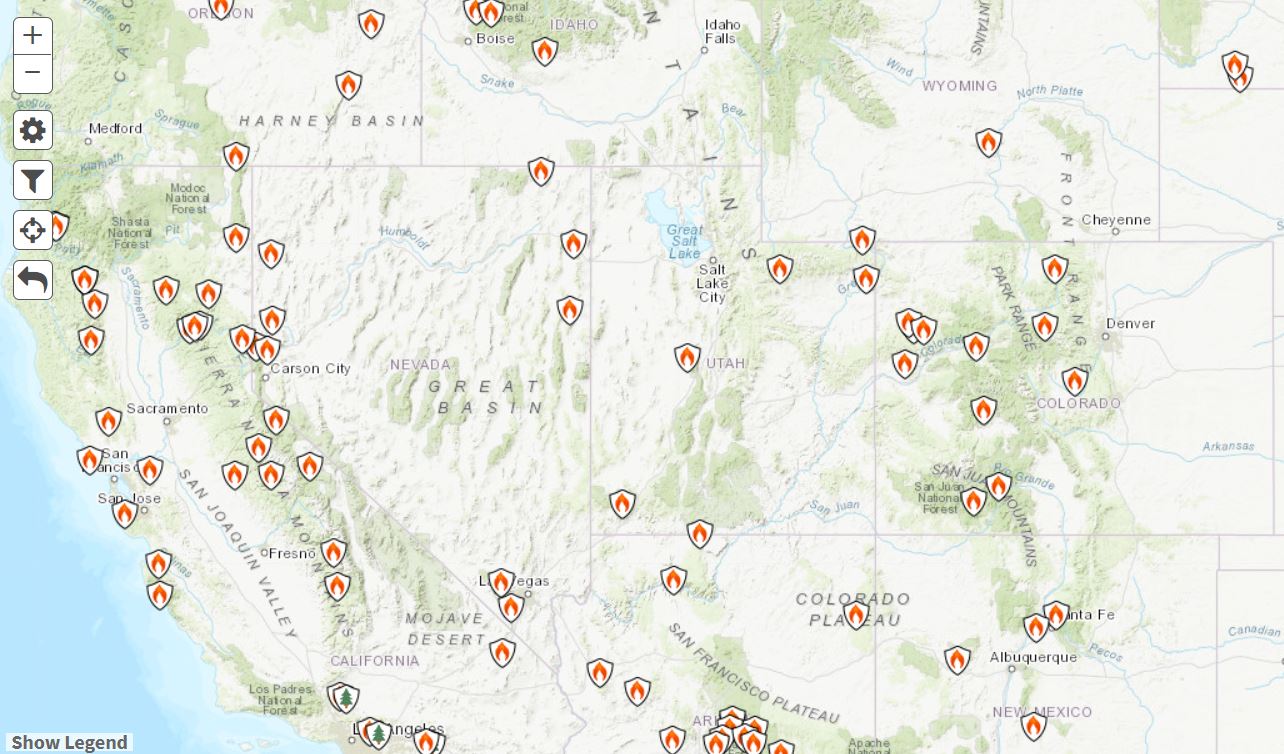 Two weeks ago, I wrote about Fire in My Backyard! As of this writing, firefighters have zero containment of the Cameron Peak fire. Briefly, a second fire threatened our safety. Fortunately, they got that one extinguished. However, you can see by this map that there are still many fires threatening Colorado. California is suffering from many, many dangerous fires. A veterinarian at UC Davis in California wrote the informative article that I am going to tell you about  I will provide some of his tidbits of wisdom, but I strongly encourage you to read the complete article.

Before getting into the article, there’s something else… As I looked for photos to use for this blog, I learned of a tragedy that unfolded in California. Marrissa Dorough’s horse, Ava, is the poor mare in the feature photo. Both photos of Ava are courtesy of UC Davis, where the mare is still being treated.

Marrissa’s horses were caught it a rapidly advancing fire and Ava is the sole survivor out of the original six. Not only do I really want you to read Dr. Madigan’s article in its entirety, but I’d really like to encourage you to watch this video before reading the rest of the blog. This is one of the horses Marrissa lost… Click on the photo to watch the video.

John Madigan, DVM is a Diplomate of the American College of Animal Welfare. He is also an Advisor to the UC Davis Veterinary Emergency Response Team. He wrote an article entitled Should you turn horses loose with a rapidly moving approaching fire?

Dr. Madigan begins his article by discussing the explosion of Public Service Announcements, websites, and community awareness of the need to evacuate horses safely. Nevertheless, he expressed frustration that rapidly changing fire behavior has challenged any and all efforts to “make a plan”. He goes on to say:

In the thirty years that I have been involved with disaster response with a focus on the equine, I have personally seen examples of poor outcomes for horses because of evacuation failures. I have attended numerous after-action reviews, and listened to first responders and horse owners relay personal experiences with the issue of horses confined and impending fire. We all have seen the videos of the racing training facility fire and the attempts to save horses lives by opening stalls with the barn rooftops on fire and letting the horses loose. I am aware of an individual who suffered severe brain injury during trailer loading while attempting evacuation of horses with impending fire visible. I have witnessed the remains of horses confined in pens or stalls and burned to death. I have observed one horse turned loose and hit by vehicles and I am aware of many horses injured during flight from a fire while loose.

Shelter in place or evacuate? 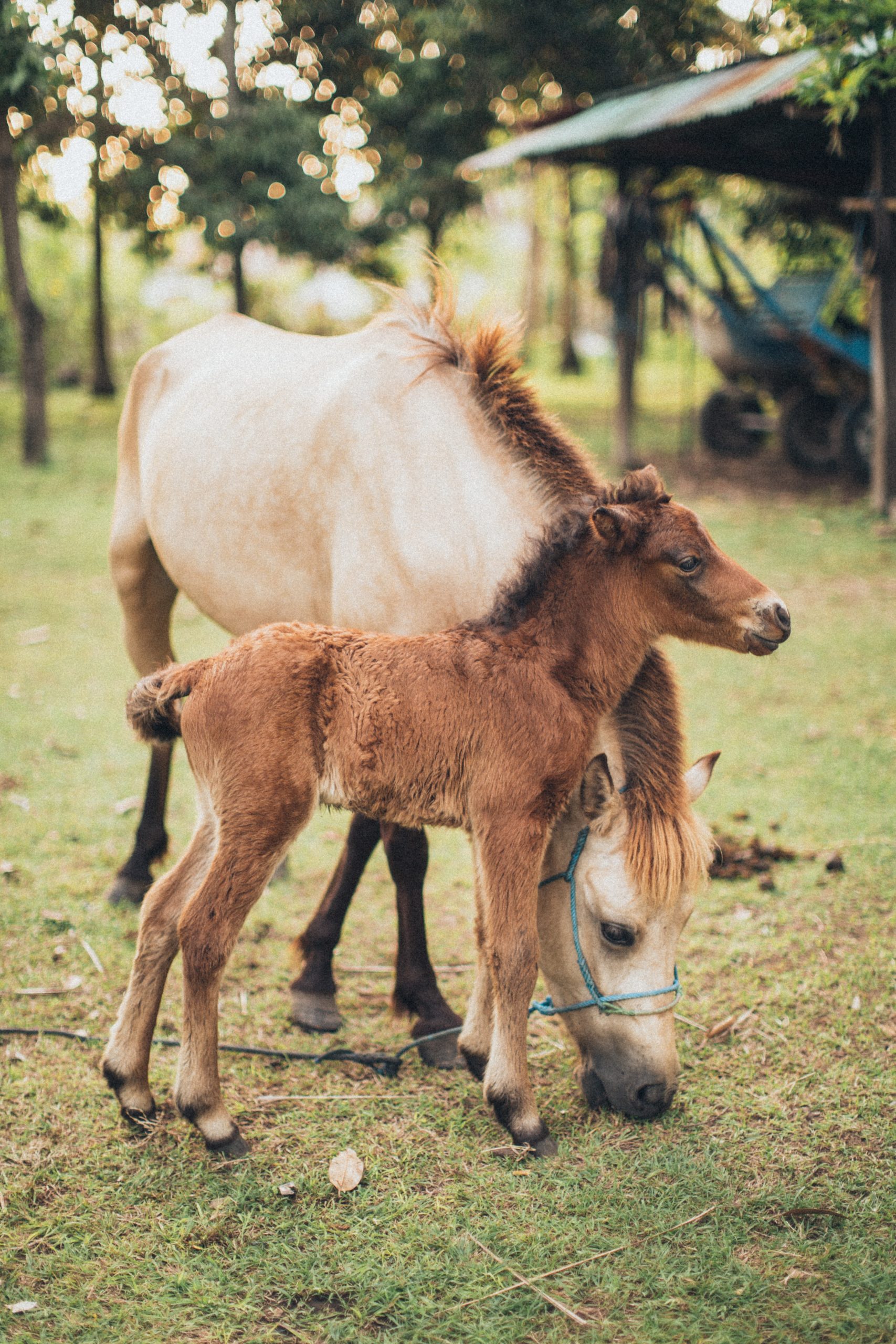 When I have blogged in the past about wildfire preparedness, a few astute readers have commented on the importance of having horses that readily load under any circumstance. Dr. Madigan emphasizes that point, along with the complications of having mares with foals, stallions, and other varying groups of individuals that can’t easily load in the same trailer. Additionally, he cites the lack of trailer capacity for the number of equines on the premises.

Other complications mentioned by Dr. Madigan included insufficient halters and ropes for the number of horses and the inability to capture the horses. Several other bullet points describing barriers to a successful evacuation all related to panic, not enough time, and waiting too long to make a decision.

Sheltering in place is a last-ditch option, only if no other options are available. If you aren’t safe, neither is your horse.

What is the best way to turn horses loose?

Dr. Madigan suggests releasing horses from the barn, having identification on them, hosing them down if possible, and turning on sprinklers if possible. Remove blankets, and provide food and water if you can. Also, clear an area 100 feet around the premises for a fire barrier. Ideally, horses should be funneled into an adjacent pasture or paddock if at all possible. Obviously, this needs to be far enough away from the fire threat to be a positive move! He emphasizes the need to close barn and stall doors as horses tend to return to familiar, safe areas when threatened.

He also recommends calling 911 to alert First Responders that horses are loose in the area. Lastly, he suggests reaching out to local horse groups for help. The idea would be for people to connect with the horses in a safer location where they could be recaptured and relocated. Remember, the horses and the people are under severe stress! Dr. Madigan says even stressed horses respond to the sound of grain in a bucket, held by a quiet, still handler!

In my blog two weeks ago, I mentioned my neighbors who had 7 dogs confined in their home as a fire on our mountain was raging out of control nearly 20 years ago. My neighbors left the mountain at 7 AM and returned a few hours later. When they left, they were assured the fire was under control. When they returned, the roadblock prevented them from getting to their home! Hours later, they were escorted by a sheriff to return to their property and rescue their dogs. Dr. Madigan discusses that in more depth. Government authorities set up roadblocks for good reason. They want folks to leave, not return! And there are not enough animal control officers to assist with evacuations. The idea is to evacuate before roadblocks become an obstacle. Sometimes, the situation changes too quickly for good advanced planning.

Dr. Madigan advises setting up a buddy system and an evacuation plan well in advance of a crisis. He recommends that you practice that plan. Additionally, he strongly recommends placing identification on your horse before you turn them loose or evacuate them. Note he did not say to identify them only if you turn them loose. He recommends placing some form of identification on the horse during the crisis even if you have an evacuation plan.

I found it interesting that Dr. Madigan stated that horses are not bothered by the smoke. It is the noise and wind (and maybe the heat) from nearby fires that incites fear in the horses. There has been a great deal of smoke in the air around my home from the nearby fires. My horses have not reacted at all. However, the wind can change here at a moment’s notice. The other evening, the horses were in the electric pen. The wind suddenly picked up considerably. I suggested to my husband that the horses needed to return to their paddocks. By the time he got them in the more secure enclosure, the mare was winding up. We all know there is a big difference between riding on a calm day or a windy day!

The downside of loose horses

It doesn’t take much imagination to conjure up the things that can go wrong when your horse is loose in a crisis. As a horse owner, we all know that our horses can get hurt in a padded stall! A panicked, running horse can encounter fences and trees and other panicked animals. If they are haltered, those halters can snag on any number of things. Easier to catch when haltered, more likely hurt when haltered… Nylon halters are even worse in a fire situation. They are more likely to melt in high heat. Actually, the best option is a breakaway halter with a leather poll strap.

But one thing we don’t often consider is the impact our loose horses have on First Responders and fleeing civilians. Stampeding horses can run over humans on the ground. Horses and vehicles can collide. First Responders might have trouble accessing areas where horses are milling about.

Again, I can’t encourage you enough to read the entire article. I have attempted to highlight the critical facts, but the entire article is very helpful. The time to prepare for an emergency is in advance of the crisis. To summarize, you should:

Here are blogs I wrote about wildfires and emergency preparedness in the past:

The Crisis in California

More on the California Wildfires

What can YOU do?

There was a fundraiser for Marrissa and her friend. It has finished, but there is still an opportunity to donate to UC Davis. One option would be to assist with their rescue efforts. Be sure and check out the Veterinary Emergency Response Team Facebook page. You can donate here.

Please read and absorb the information in this blog. Have a plan. PRACTICE what you will do. Simple things like shutting stall doors might make a big difference. Some of Marrissa’s horses ran into a burning home… They do what feels safest to them at the time.

I hope you never have to experience this trauma… 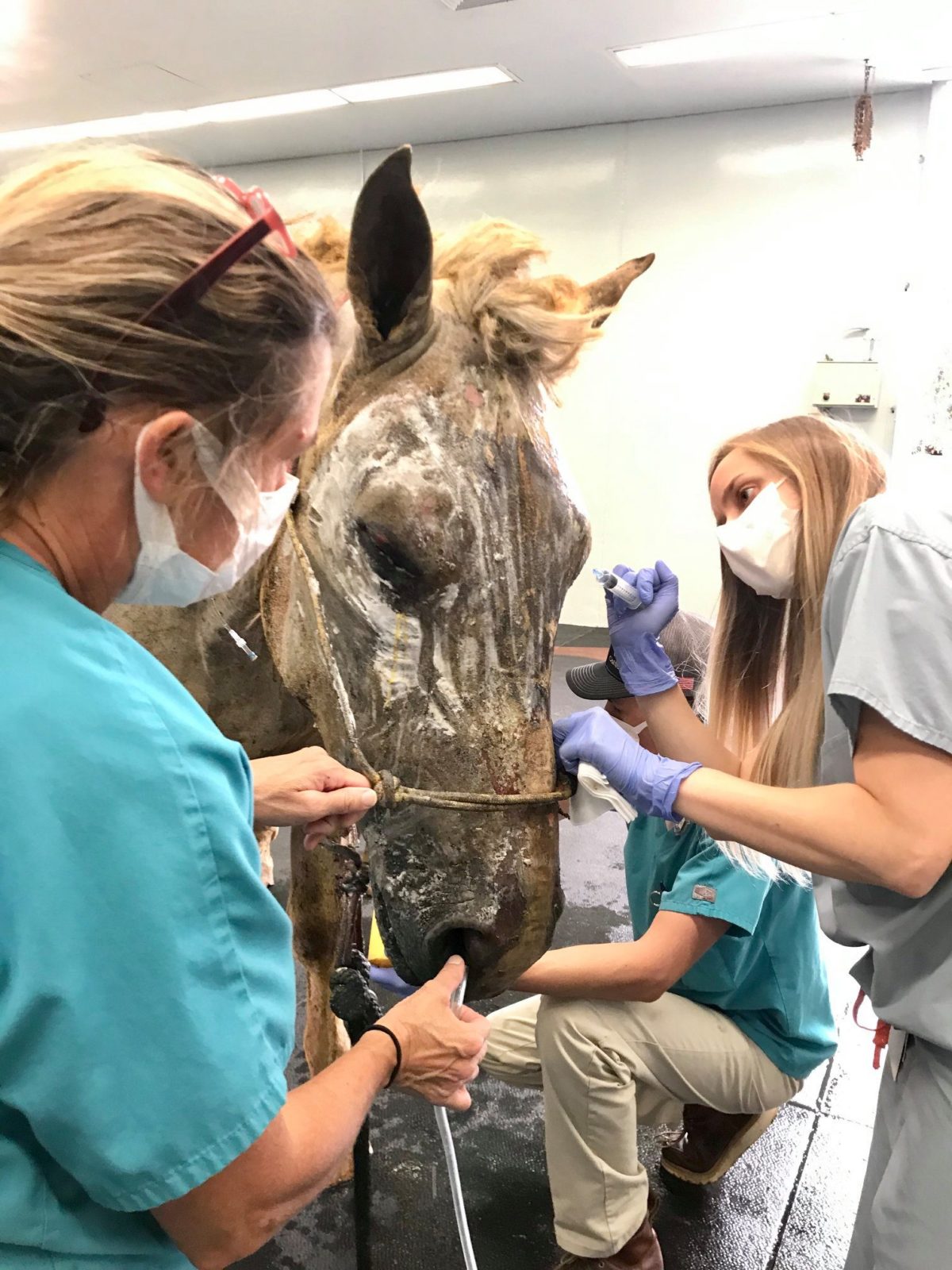