Never again will I encounter a firefighter that I won’t acknowledge my extreme indebtedness for what they do. In last week’s blog about the medical evacuation by helicopter from 4-J Big Piney, I indicated I’d talk about Coldwater Ranch this week. Things have changed. The feature photo is a view of the fire consuming much of Colorado, with Estes Park in the foreground.

Last week, the Cameron Peak fire made a 17 mile run eastward. I first wrote about this fire in early September. It has been an incredibly stressful week for my husband and me, as we wait to see if we will lose our cabin in the mountains. I don’t even know where to start to describe the events of the past week.

After the fire spread so far eastward, there were additional weather factors that promoted further growth. Alan and I were at High Knob Horse Camp in Illinois by this point in time. Two days after the exponential growth, wind factors had the firefighters gravely concerned about further spread. In a live virtual meeting on Facebook, the Larimer county officials did their best to prepare homeowners for some serious losses. The next 24 hours included winds exceeding 50 mph. 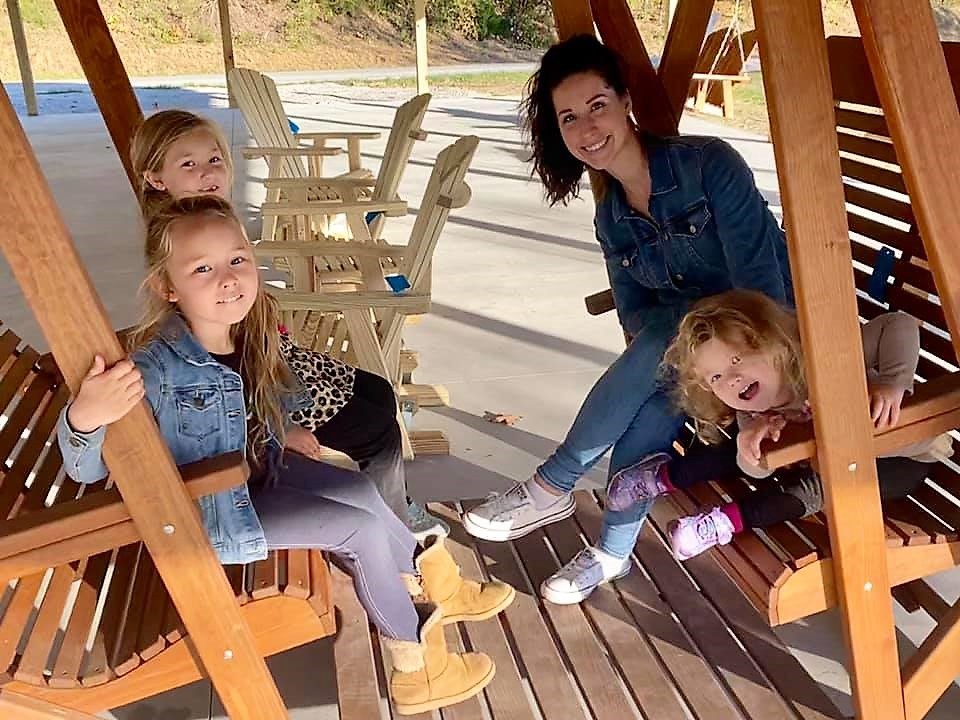 My beautiful daughter Laura had already made plans to drive 6 hours south to see Alan and me at High Knob. It was wonderful to have her and our granddaughters as a diversion from our worry about our home. We heard the dire predictions and hunkered down to see what would happen over the next 24 hours.

Thankfully, our home is thus far spared (as of late October 19th.) Some homeowners were not as lucky. However, overall the fire crew was thrilled that the structure loss was not as heavy as they had predicted. But just because, as of this writing, our home has survived doesn’t mean we aren’t still in dire straits. The fire is less than 2 miles from us. Structures on our mountain have burned. Places we have ridden are destroyed. The Cameron Peak fire is now the largest wildfire in Colorado history. It has destroyed over 200,000 acres.

Our community on Storm Mountain has a private listserve. As one might imagine, the posts have been almost exclusively about the fire. We aren’t just a evacuated neighborhood, we are a community. And we feel a part of that community after only one summer. Someone on the listserve posted about a phone app that allows us to monitor the emergency scanner. What an education…

We have listened to hours of conversation since downloading the app. A great deal of the coverage is about homeowners requesting access to their homes. Addresses are read to the dispatcher. She checks if the area is under voluntary or mandatory evacuation, and how close it is to active fire. She either responds “negative” or “Code 4”, meaning “ok”. Some of the chatter is about loose horses, or homeowners trying to get back to their livestock.

Forgive me in advance if I ruffle some feathers… but Alan and I are blown away by some of the requests of these homeowners! This fire has been burning for over two months. Granted, our mountain and the neighboring communities were only hit this past week… but the threat has been present for months. The number of homeowners requesting access to their homes to retrieve medicine or legal paperwork just blows our minds. Why was that stuff not all gathered up well in advance?

There were even some requests to “turn up the heat” or “empty the refrigerator” since the power is cut to the mountain. Really? These guys (and some gals) are up their risking their lives and working incredibly long hours and you want to tie up a deputy to escort you to your home to clean out your refrigerator? One guy wanted to turn off his water! Just what the firefighters need… no access to water when the home is burning.

Here are some visuals that show just how hot things have gotten around our home. The map shows the perimeter of the entire fire. The black lines represent containment. The red lines are active fire. I believe the latest statistic is about 62% contained.

The second photo shows how far our home is from the southern edge of the fire. There is the ability to measure the distance. The line registers 1.75 miles! The red, orange, and yellow dots represent heat areas in the last 24 hours. Red is hotter than orange is hotter than yellow… And the last photo is one of our neighbor’s homes a few days ago when things were really, really bad. They haven’t yet heard if their home survived.

At this point, even if our home survives, the topography and surrounding area will be vastly changed. Clearly, we won’t complain if we have a home to return to. But it is so sad to realize that many places we rode just a couple of months ago are going to be scorched skeletons of what once was beautiful timber. And we are so, so worried about our neighbors’ homes as well. As a community, we have been affected. But we are STORM MOUNTAIN STRONG!

As I stated at the beginning of this blog, I will never, ever encounter another firefighter without expressing extreme gratitude for the job they do. Last week I shared helicopter video. This week I have another video to share. Have you ever seen a helicopter suck up water to go dump on a fire? This is amazing… 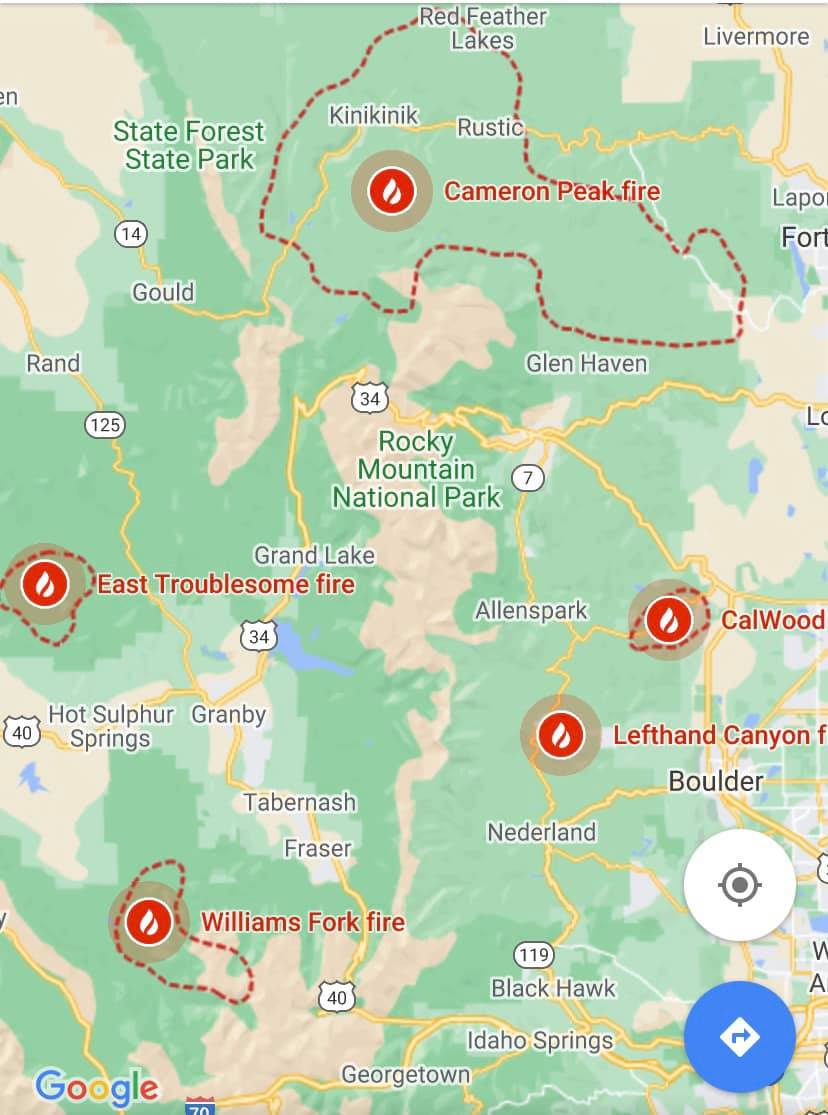 Although this is the largest wildfire ever in Colorado history, it is currently not the only one. The Calwood fire blew up to over 2000 acres in a matter of hours a couple of days ago. Of course, this stretches already slim resources and exhausted firefighters. The first photo shows how many fires are currently burning around our area at this time. The second photo shows the progression of the Cameron Peak fire. It is mind boggling…

As I write this, Alan and I are  in West Lafayette, Indiana. We took a detour to Purdue University Vet School. This is my Alma Mater. I wrote about Kadeen kicking Sadie in the head last November. She continues to have mucus drainage and I needed to work her up. Additionally, Mica has been lame the past couple of months. I tried the usual conservative approach but he has not responded. I had no good place to work either of them up while we are on the road. We were as close to Purdue as any other options, so we inserted a trip here. In a future blog, I will describe what we learned (or didn’t learn!)

Please pray for our community, other communities experiencing this trauma, and the amazing firefighters. Thanks in advance for your prayers! 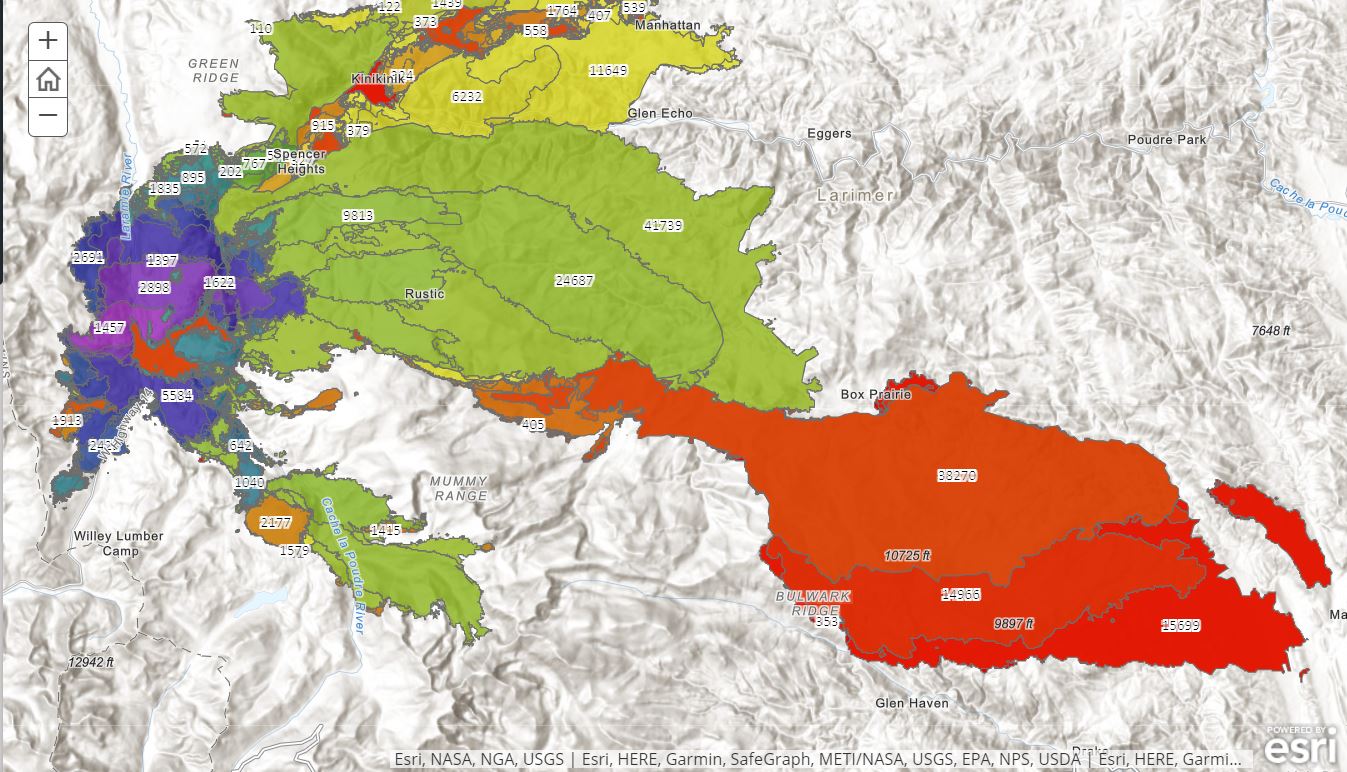