Last week I wrote about Coldwater Ranch in Eminence, Missouri. Alan and I left Missouri and headed to High Knob Campground in Equality, Illinois. JoJo is the lady in charge at this busy camp nestled in the heart of the Shawnee National Forest. 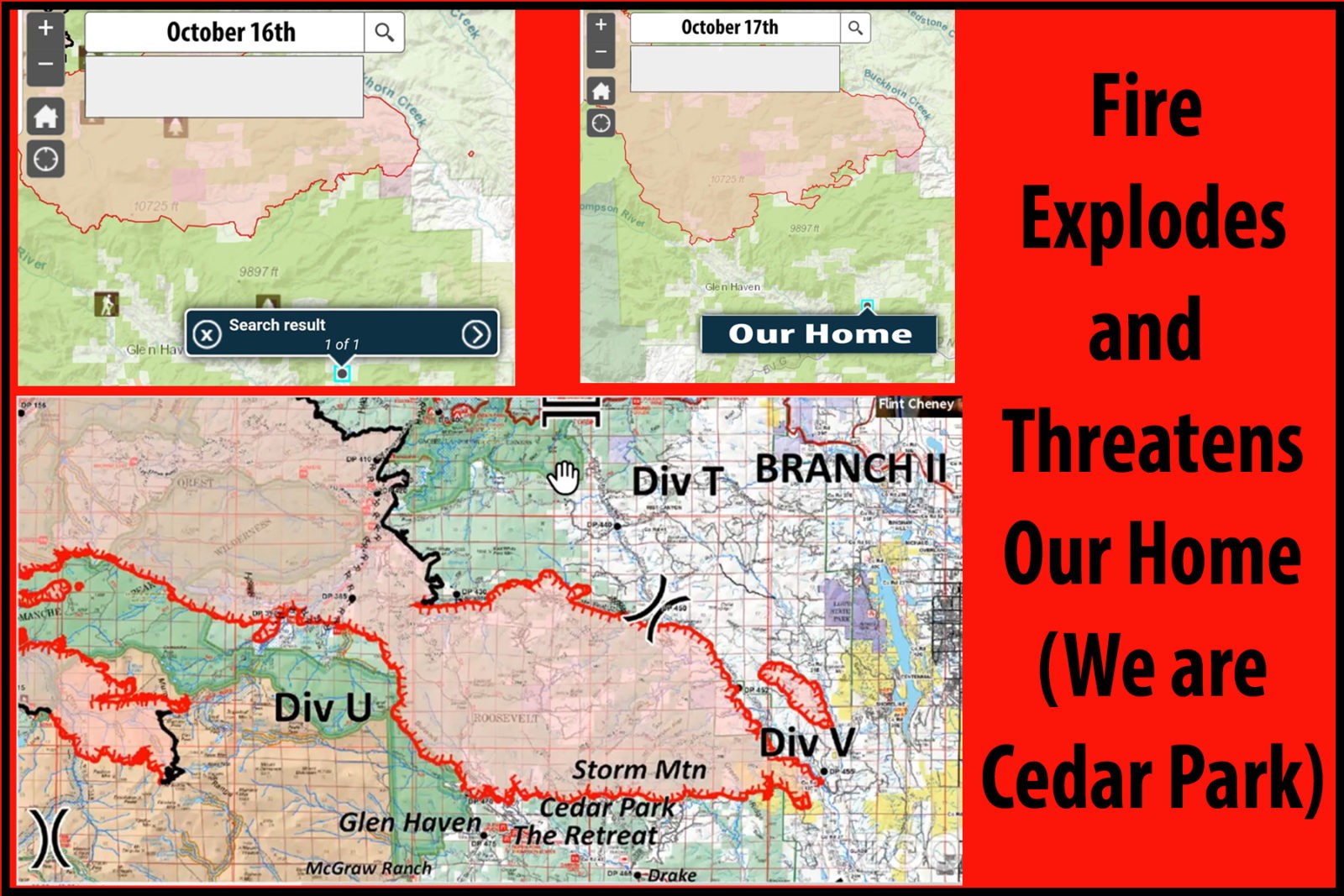 The Cameron Peak fire was really blowing up when we left Coldwater Creek. By the time we arrived at High Knob on October 14th, we learned our neighbors had been given mandatory evacuation orders that day. Our home was under serious threat. I was somewhat of an emotional mess. Alan and I spent many tense moments using the office WiFi to stream updates on my phone. JoJo and a long-term resident of the camp, Kathy, made me promise to let them know what happened after we left. The mandatory evacuation order remained in effect for nearly three weeks! I am incredibly relieved to report that, as of this writing, the Cameron Peak fire is 92% contained!

High Knob sits on 50 acres and offers 150 water and electric campsites. Most also have an adjacent highline tie. Our campsite was in the front of the facility. The barn was about 150 yards away from our trailer. There are 90 covered box stalls. Many campers opted for using the highlines only and didn’t reserve a stall. I confess, our horses are spoiled! The stall size was intermediate compared to places we have been… not the smallest, not the largest! I shot this photo of another camper’s horse the night we arrived… this guy was tired! The trails were tough!

There is a coin-operated laundry facility and a small camp store. Additionally, there are 7 cabins available for rent, and even a hotel room option! In other words, you can ride and stay here even if you don’t have an LQ trailer!

The day we arrived there was a no-campfire ban in effect. We were so weary of fire restrictions! Apparently there was a prairie fire that erupted that day. The ban was lifted the next day. Unlike at Coldwater, the office was open and provided a nice spot for folks to gather in the morning. JoJo was readily available to provide suggestions for where to ride. Her instructions were incredibly detailed! Trail maps were available for purchase and were absolutely necessary in order to follow JoJo’s instructions.

Other things to do around the area

Even though we were there for 4 nights, we had other things going on. Our daughter and granddaughters drove down from Wisconsin to spend a couple of days with us. There were many other fun things to do around the area.

We took the Cave-In-Rock ferry from Illinois to Kentucky and crossed the Ohio River. Our granddaughters were fascinated by the ability to sit in your car and cross the river! We drove our great big truck onto the ferry and headed for the Amish settlement that was right inside Kentucky. The story of this settlement is quite interesting. The Amish General Store featured incredible examples of woodworking, canning, and needlecrafts. We purchased a rocking horse for the granddaughters as an early Christmas present. According to our daughter, it is in constant use!

Our daughter stayed at a hotel in Harrisburg, Illinois, about a 25 minute drive from camp. The cabins and rooms were all full at High Knob, and Laura has allergy issues around horses. We had a mother/daughter spa outing while Alan watched the girls. Sadly, the hotel pool was closed because of COVID. Still, we had a wonderful time!

Our one and only ride

As I mentioned previously, JoJo gives outstanding suggestions and instructions for where to ride. Although we only had a chance to ride once, it was an amazing trail! We rode a little over 9 miles, and the horses worked hard. I had to compare JoJo’s route drawn on the map to my Garmin GPS… using my old lady eyes. No small feat! I missed one right turn and we ended up going too far south. We retraced and took an unplanned trail that got us back on track. However, that unplanned trail was pretty much straight up!

Our destination that day was a cave where the Knights of the Golden Circle used to meet. This was a civil war KKK group. It sure was a long way to go in the middle of the night to express your racist opinions… However, it was a beautiful horseback ride. In addition to the cave, there were awesome rock formations. We were able to take Kara and Finn with us, and they thoroughly enjoyed their jaunt. The weather was great although we didn’t dress warmly enough! The sun felt a whole lot warmer in camp than it was in the middle of the woods. We should have known better…

We enjoyed this place and it receives great reviews from folks on the Facebook group, Road Apple Gang. That group has been such a blessing to us… a wealth of information on places to ride, places to layover, and any issues with the trailer.

Next week, I’ll tell you about our trip to Indiana. We stayed at Midwest Horse camp. I took Alan to Indianapolis where I grew up, and I got an MRI of my ailing shoulder at an Indy hospital. Prior to going to camp, we detoured to Purdue to work up Sadie and Mica. Much more coming, stay tuned!