Our trip to Lexington, Kentucky was certainly an eye-opener! We enjoyed a visit to Kentucky Horse Park. I will write about that next week. It was another horse-related adventure that I want to tell you about first. 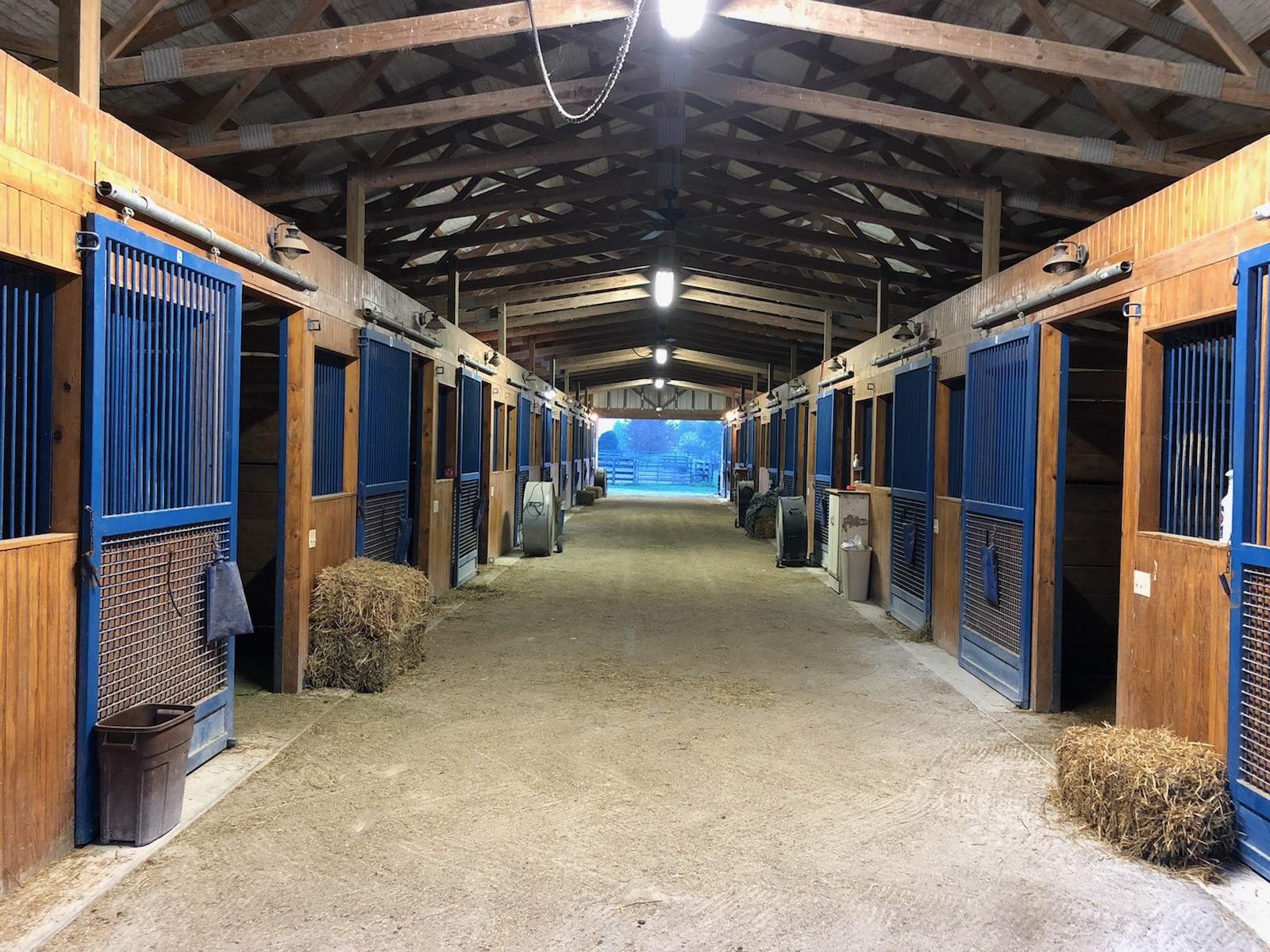 We left Midwest Horse Camp on Sunday and arrived at our home for four nights, Newtown Station Layover. We had stayed at Newtown Station twice already, on our journey to and from Virginia in September. It is owned and run by an equine veterinarian, Dr. Barbara Poole. It is a beautiful place, often used by professional horse haulers. There is room for 3 rigs, with water and electricity provided, for a mere $10/night. The charge for horses is more than many places, at $35/horse per night, but Dr. Poole and her assistant Robin take total care of the horses. You can unload them, provide any specific grain or instructions necessary, and not do another thing until you leave! We took advantage of the option of leaving ours in a nicely fenced paddock for most of our time there.

Do you need RV repair?

We had been struggling with the lock on our LQ door for several weeks. First, the door would come open as we were heading down the road. We locked it, and for a while, that worked. Then the lock became loose and the key would just turn, but not engage. I scheduled a mobile RV repair guy when we were still in Indiana. A day or two before his scheduled arrival, the glass shelf over my veggie bins in the refrigerator shattered into a million pieces.

I highly recommend James Morgan of Lexington home and RV repair. He is the owner/operator of this business. James came to Newtown Station on our second day there to affect our needed repairs. He was prompt, personable, competent, and very pleasant to work with. His prices are very reasonable. He replaced our refrigerator shelf with plexiglass per my request and installed a new lock.

We had planned on spending a couple of days at Kentucky Horse Park. However, we had Monday, Tuesday, and Wednesday to spend in Lexington. After our arrival, we learned the Park was closed on Monday and Tuesday! Since we had laundry and other chores to do, we took full advantage of our two unscheduled days off.

It was Tuesday when Dr. Poole asked if we were going to go to the yearling sale next door? We had no idea what she was talking about. As it turned out, Fasig-Tipton was having an October yearling sale right next door to our layover. We headed over there about 5 PM on Tuesday night. We were clueless about what we were going to see.

After parking our mammoth truck, we headed towards the unmistakable sounds of bidding. We first encountered an outside pavilion where horses were being led around. Each horse had a number affixed to each hip. Above the horses, televisions showed different horses being auctioned off. It was readily apparent we weren’t at the location where the auctioneer was working his magic. We headed into a building…

This building had even more horses being led around. Again, the televisions above showed the horse that the auctioneer was currently “working”. We still were not in the right place.

An empty room but constant bidding

Finally, we worked our way into the room. It was like a small movie theater, during the COVID shutdown! Almost no one was sitting in the chairs. There were several suited guys watching the few people in the room, ready to take your bid. I didn’t dare scratch an itch… Most of the bidding was being done electronically. There were some folks sitting behind us at a table, using computers. There were more people sitting behind them in some kind of gallery (not visible to us.)

Without writing a book, there is no way I can adequately describe the parade of amazing horseflesh that came before us. We saw horses sell for as little as $1000. Dr. Poole later told us they had major issues, or they wouldn’t have sold that cheaply. And then there were the horses that started at $50k. I whipped out my phone in time to record most of the sale of Hip # 1131.

This dark bay colt is a son of Uncle Mo. (More on Uncle Mo!) Apparently, that is a very good thing. However, this guy is apparently a piker compared to his half-brother who sold at the Keeneland sale for $950k!

A barn full of expensive horses

I joked with our friends that Alan and I decided to stop bidding when the price went over a half-million dollars! Ha! And any horse person knows that acquiring the beast is only a fraction of the cost. Imagine the amount of money that will go into preparing this $600k colt for his future?

The day after the sale, we went to Kentucky Horse Park. More about that next week. When we left on Thursday morning, after yet another day of the yearling sale, I went up and down the barn and wrote down the hip numbers of the horses stabled next to ours. Next, I looked them up in the catalog. They sold for between $30k and $310k! Newtown Station Layover was an obvious landing spot for horses being shipped to their new homes. Dr. Poole told me she didn’t want to know what they cost! She said she treated them all like they were worth a million dollars. Besides, she said, she’d be inclined to sit outside their stall and stare at them all night long and make sure they were safe if she knew they were worth a bazillion bucks…

It was quite an experience. I had a similar experience years ago in Texas, at an Arabian horse sale. More on that in a future blog, with a hint about the story in next week’s installment on Kentucky Horse Park.