Get the scoop from the creator of the tags, Dr. Nancy Thomas

I spent two wonderful summers living in Estes Park, Colorado, and riding the Rockies on a regular basis. It was during that period that I realized how unprepared I was for any kind of accident or mishap. If my horse and I parted ways on the trail, he had no identification on him. I had no medical or emergency information on me, either. As a veterinarian, I should have known better! I often rode alone with a couple of Border collies. As intelligent as those dogs are, they would be of little help when it came to communicating my plight to a would-be rescuer!

I created the first version of ID MyHorse Emergency Information Tags to fill that void. Initially, the tags had only the ID MyHorse logo. From the very beginning, the tag has contained card inserts for both horse and rider.

Eventually, an EMT First Responder told me that he wanted to see something that was more recognizable by medical personnel… such as the Red Cross logo. At that point, two versions of the tag emerged. The Rider tag had a Red Cross logo and the Horse tag continued with the ID MyHorse logo.

As word of the tags spread, an organization that rescues horses during wildfires and other disasters approached us about collaborating with them. Ironically, firefighters had the same response as the EMT! They did not recognize the ID MyHorse logo as something to command their attention. However, they DID recognize the importance of the Red Cross logo. Additionally, they needed tags that would reflect a flashlight in a smoky environment or in the middle of the night.

When I initially created the tags, my thought was to attach them to the saddle. Soon, however, we recognized the need to have identification on the horse as well, so we began weaving them into the mane. However, they are heavier than they need to be and larger than necessary. 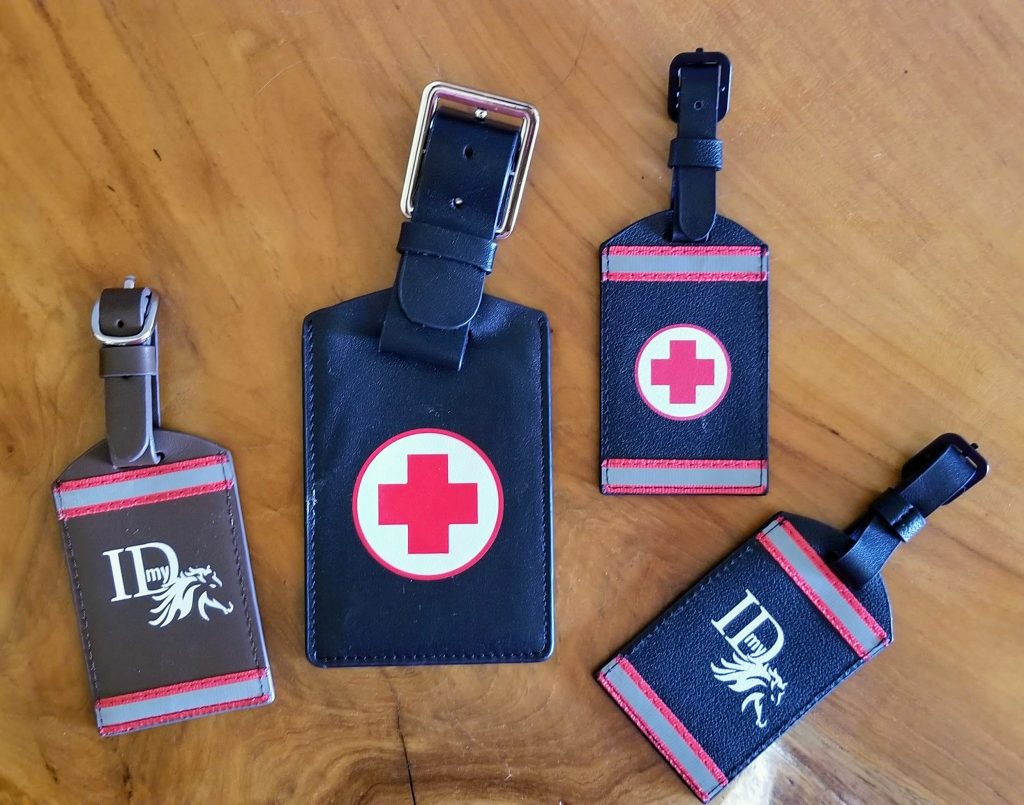 All of this feedback and accumulating knowledge has led to the creation of the latest version of this critically important safety product.  We have designed a smaller, lighter tag with reflective tape that allows it to be visible in smoke and at night. Like its predecessor, it weaves into the mane, where it will stay for an extended period of time with no maintenance. No need to put it on repeatedly or at the last minute due to an advancing fire or storm.

It is smaller and easier to attach to a safety vest or belt while remaining clearly visible to Emergency First Responders.

Our new tags weigh less than .6 ounces and are made of quality leather.

There will no longer be a separate Horse and Rider tag, as both tags will feature the universally recognized Red Cross Emergency symbol. All tags will contain information pertaining to both the horse and the rider.

Make certain if your horse gets loose or is impacted by fire or flooding that you two can be reunited. Do not count on microchips… read the blogs about why that is not an effective means of recovering your horse during a disaster or trail accident.

Stay safe, and be proactive! Don’t wait until a disaster to wish you had been prepared. Your equine buddies are counting on you to protect them, and those you love want you to be prepared in the event of a medical incident. Act now! 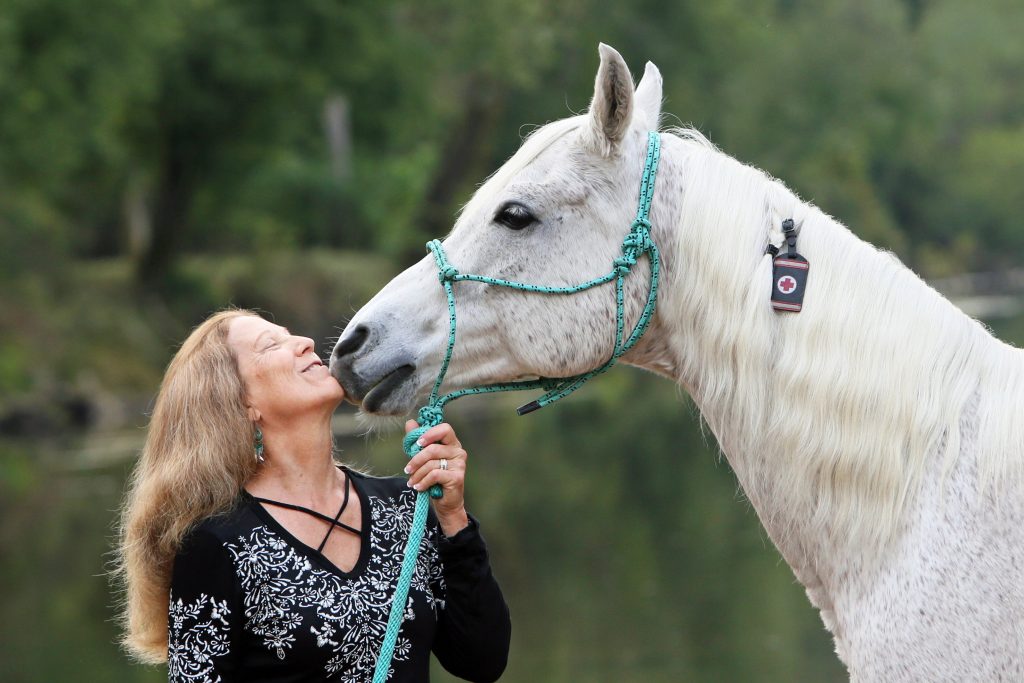